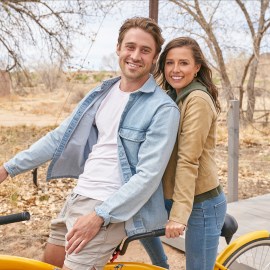 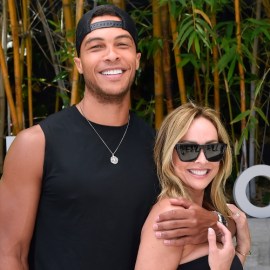 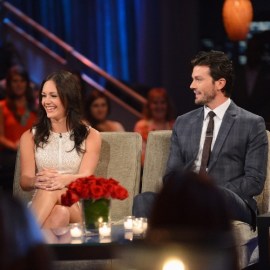 Two years after his season of The Bachelor aired on ABC, former reality star Colton Underwood has come forward to set the record straight about his sexuality, coming out to Good Morning America‘s Robin Roberts (and her national audience) on Wednesday morning as a gay man who’d only recently come to terms with his identity. Bachelor Nation has largely embraced Underwood’s news, sharing their excitement that the star could now more fully embrace who he is, but his announcement also brings further questions given the open discussion around his sexuality throughout his life and especially during his time on the show,  when he was stamped with the “virgin Bachelor” title. As he starts to open up about the process of coming out to family and friends, many are curious at exactly what point Underwood had the realization that he might be gay — specifically, whether or not that realization happened before he went on The Bachelor.

Related story All the Openly Gay Male Celebs Who Are Out, Proud & Smokin' Hot

As anyone with knowledge of the process of coming out can attest, there is no one light-switch moment of homosexuality that can be pointed to, after which Underwood is categorically branded a liar any time he may have indicated otherwise. Raised in a devout Christian home and going on to become a pro football player, he was surrounded throughout his life by homophobic rhetoric and toxic ideas about masculinity that told him he couldn’t be a man and have a good life while feeling the way he felt.

Far from going on The Bachelor with some secret knowledge of his sexuality that he hoped to hide from others, Underwood recalls thanking God when he was first cast on the show, thinking it was a sign from the heavens that he could be straight after all.

“I’ve known that I’ve been different since the age of 6,” he goes on. “And I couldn’t process it and put my finger on it until high school, my freshman year, when I knew I was gay. And by that time I had already grown up in the Catholic church, I have gone to Catholic grade school, I learned in the Bible that gay is a sin. I had made mistakes in my sports and in my athletic career, and when you make mistakes, ‘that play was gay’ or that was a bad… gay was always affiliated with a connotation of negativity, and I think there’s a lot of things when I look back, like, ‘No wonder I held it in.’”

While Underwood has struggled with a sense that he was somehow “different” nearly his entire life, it sounds as though he only recently stopped trying to push away the truth and accept himself.

“I used to wake up in the morning and pray for Him to take the gay away. I used to pray for Him to change me,” he said. “I can now wake up and pray to God and I can have faith and I can go into church and be present and not have it be conditional on this topic of, ‘Take this off my plate and I’ll still worship you and I’ll still be there.’ … That’s helped, to be honest with you.”

Chris Harrison and Rachael Kirkconnell's defense of antebellum plantation parties prove how central racism is to the world of The Bachelor. https://t.co/ULkdZ3FOuP

Speaking of what’s helped him — what absolutely will not help him, or ex Cassie Randolph, whom he met on the show — is speculating about how his sexuality may have factored into their breakup. After their breakup, Underwood engaging in frightening behavior including allegedly placing a tracking device on Randolph’s car, leading her to file a restraining order against him. This kind of harassment is completely unacceptable, and Underwood coming out now should not be taken as a distraction or opportunity to rewrite a clear transgression.

We can be empathetic to Underwood’s struggle while also remaining empathetic to the pain he caused Randolph, a message he appears to echo in his interview with Roberts: “I would just say that I’m sorry from the bottom of my heart. I’m sorry for any pain and emotional stress I caused,” he said, addressing Randolph. I wish it wouldn’t have happened the way it did. I wish that I would have been courageous enough to fix myself before I broke anybody else.”

The fact that we’ve previously had such personal access to Underwood’s life will make people eager to revisit our history with him, and see how it might be rewritten through our new understanding of him as a gay man. But it would be a mistake to let Underwood’s sexuality take over where his virginity was once precariously thrust, as the main character in an increasingly un-erotic dating show. Underwood is not the first gay Bachelor — or rather, looking at him as the first gay Bachelor would be an entirely unproductive thing to do, given that he came on the show out of pure determination for that not to be his fate.

If Underwood was not being entirely honest with the people in his life at the time of the show, then we must be equally clear that he was hardly running a scam on the viewers or contestants on the show. As a Christian man who earnestly believed he ought to end up married and hoped to find someone he could stand enough to do it with, Underwood showed up in good faith for the premise of The Bachelor. His sexuality is neither an excuse nor an underlying cause of why he is who he is — it’s just more information, and we’re glad he can finally say it proudly. Let’s reward him by not rewriting his narrative once again.

Watch: All the Bachelor & Bachelorette Couples Who Have Stayed Together