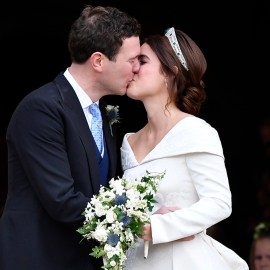 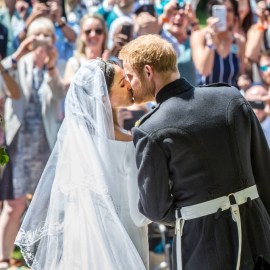 We knew this was going to happen. On the heels of Prince Philip’s death on Friday, there was going to be someone who blamed his passing on Meghan Markle and Prince Harry’s interview with Oprah Winfrey. The honor of trying to insert controversy into the death of the royal goes to Fox & Friends host Brian Kilmeade.

We aren’t surprised this happened, but listening to his words makes our blood boil. “There are reports that [Philip] was enraged after the interview and the fallout from the interview with Oprah Winfrey, so here he is trying to recover and he’s hit with that,” Kilmeade said on the Fox News show.

The truth is that Prince Philip was 99 years of age and in failing health. He was suffering from ailments that are common for someone who is of advanced age. During his recovery, it is unlikely that he spent his days stewing over his grandson’s interview with Winfrey — he had bigger things to do, like heal from his recent heart surgery.

It’s also unnecessary to kick the Duke and Duchess of Sussex when they are grieving. They spoke fondly of Prince Philip during their interview and Winfrey reiterated that fact to CBS This Morning anchor Gayle King. It’s pretty easy to see that their issues lay with Prince Charles and Prince William at this point.

After 28 days in the hospital, Prince Philip returns home. https://t.co/cWzabEfUyF

But that won’t stop some in the media from making sure that Harry and Meghan shoulder some of the blame for Philip’s passing. The Fox anchor even cited Piers Morgan as the expert who knew Prince Philip was going to pass after the Winfrey interview, not because of failing health, but because “it added to his stress,” according to Kilmeade.

But of course, Kilmeade wasn’t done — he had to throw one more former royal under the bus: Sarah Ferguson. The news personality made sure to call out Prince Philip’s dislike of her. “He also was very transparent about his distaste for Fergie when she was married to Prince Andrew for a while,” he added. “She was a little bit different for the royal family’s taste, I guess.”

It’s disappointing to see people like Kilmeade throw out such an irresponsible idea just to take one more dig at Harry and Meghan, who had nothing to do with Prince Philip’s passing. It would have been kinder to give the family some peace, at least for a day.