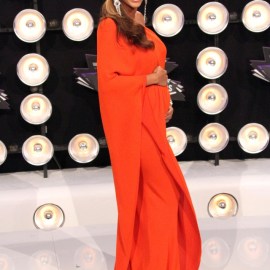 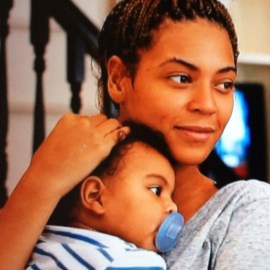 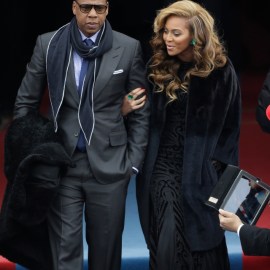 Tonight, Beyoncé very casually made music history by beating the record for most Grammy Awards won by a female artist and the most awards won by a singer with her fourth win of the night for “Black Parade.” That was all after congratulating 9-year-old daughter Blue Ivy Carter on her first Grammy win, of course, because brilliance running in the family is one thing you can take for granted with the Carter clan. Between her musical achievements, Beyoncé was spotted in the audience for the 2021 Grammys with husband Jay-Z Carter, and the candid peek we got of these two with their sunglasses (and masks) on, perched on the edge of their seats, had fans relating to Bey and Jay in a whole new way.

We’ll let the footage speak for itself, but let’s put it this way: Beyoncé and Jay-Z are not staying at this function a second more than they feel like it. The posture, Beyoncé’s head perched on her hand, the way they both turn their faces away from the camera — a pair of disinterested legends.

Don’t think for a second we’re accusing Beyoncé of lacking passion. When she got up on stage to accept her “Black Parade” win, she thought immediately of the children of the future she wanted to inspire, and then of course of her own children and her family there to support her.

“I wanted to uplift, encourage , celebrate all of the beautiful Black queens and kings that continue to inspire me and inspire the whole world,” she said. “I know my daughter is watching, my two daughters and my son y’all are all watching — Blue, congratulations. She won a Grammy tonight. I’m so proud of you and I’m so honored to be your mommy — all of your mommies, y’all are my babies and I’m so proud of you.”

Finally: “I love you so much, my rock,” she said to Jay-Z in the audience. After seeing the ups and downs this couple has been through, we love to see them rolling their eyes at awards shows and knowing they could have just as much fun at home on the couch.