Vice-President Kamala Harris made history when she was sworn in on inauguration day as the first Black woman and the first person of South Asian descent to be elected to the office. However, she’s not the only one who shattered traditional gender roles at the White House — her husband, Doug Emhoff, made history of his own by becoming the first-ever “second gentleman.” Prior to the inauguration, many people speculated over what exactly Emhoff’s official title would be as Harris’ spouse (though “second gentleman” was always the obvious frontrunner). Now, Merriam-Webster has made the name official by adding the term to the dictionary. See what Emhoff had to say about the monumental news on Twitter below.

I might be the first, but I won't be the last. https://t.co/1PFsrYslgM

“Well, now it’s official.@MerriamWebsterjust added ‘Second Gentleman’ to the dictionary,” the second gentleman tweeted. The touching moment was even made special as he quoted his wife’s now-infamous line: “I might be the first, but I won’t be the last.”

Merriam-Webster defines second gentleman as “the husband or male partner of a vice president or second in command of a country or jurisdiction.” Hey, it’s not often (if ever) that you can look at a dictionary entry and see your name written down next to a word.

Of course, before Emhoff was the second gentleman he was a former entertainment lawyer, but now he’ll be following in the footsteps of the many women who previously held that “second spouse” role in the White House.

It seems as though the entire Emhoff family has exciting news, too: Just this week, it was announced that Emhoff’s daughter Ella signed onto IMG Models. Kamala Harris’ stepdaughter joins the likes of models such as Karlie Kloss, Bella Hadid, and Ashley Graham.

Talk about a power family! Harris and Emhoff are definitely #familygoals in our eyes.

Before you go, check out our gallery on Kamala Harris’ blended family. 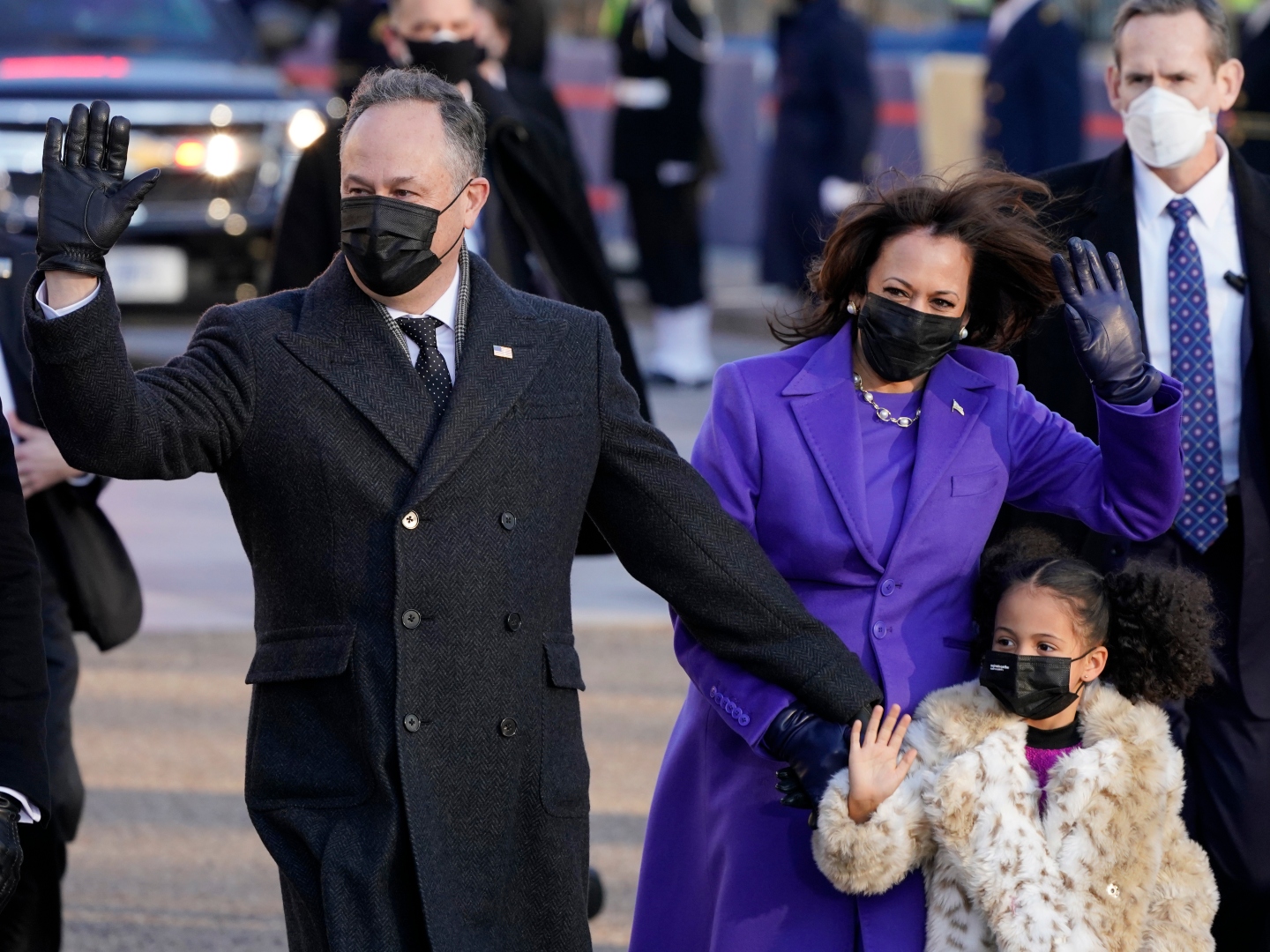