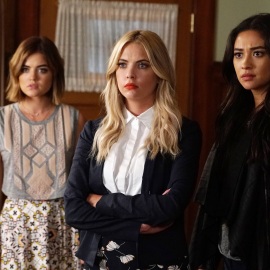 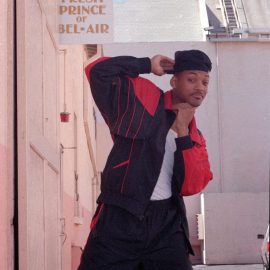 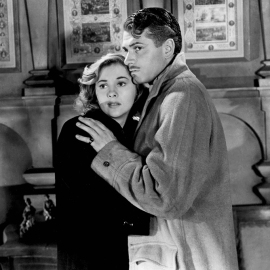 HBO Max has confirmed that they’ll be airing a ten-episode Sex and the City reboot called And Just Like That…, but their brief teaser shared by stars Sarah Jessica Parker, Cynthia Nixon, and Kristin Davis has left fans with way more questions than answers. For example, while it’s clear that Kim Cattrall’s Samantha Jones won’t be part of the reboot, there’s no indication of how they’ll address her absence (whether the show is worth doing without Samantha’s character is a question other outlets have been debating). And while, sure, I’m curious what Carrie Bradshaw, Miranda Hobbes, and Charlotte York might be doing ten years down the line, I also worry about the way some questions might be answered.

Sex and the City‘s tokenizing treatment of the LGBT community, its erasure of people of color from its narratives, and its flippant materialism have all aged poorly in 2021. But this show was once daring for its radical centering of female friendship and female sexual pleasure, and if we’re going to see these women in their 50s, we’d like to see them be radically honest about friendship and sex then too.

That said, here are the seven worst plot lines And Just Like That… could pursue to carry on the Sex and the City story — steer clear of these, and we just might have a reboot that feels like home.

It’s hard to imagine a good way for them to address the fact that Samantha will be missing from the fab four. But having her die of breast cancer, after her moving journey facing her diagnosis and the effects of chemotherapy in season 6, would be a particular insult to viewers. Cattrall’s performance warranted us spending more time on her cancer journey, not less, and making the choice to have her character die off-screen would only be unsettling and make us wonder who they might kill off next. If Kristin Davis gets into it with Sarah Jessica Parker next, will Charlotte be found poisoned in her Park Avenue apartment? It sets a dangerous precedent.

This is controversial, so I’ll get it out of the way. The only satisfactory way to address Samantha being gone from this show, I’ve decided, is to take the most realistic route. Adults are busy; friendships drift apart. Friend groups are difficult, if not impossible to maintain. We know that Charlotte and Miranda have kids who would, by now, be teenagers (more on that later), and it’s highly possible they eventually decided to find a few mom friends of their own — or at least friends who don’t exclusively call them to hang out at Manhattan bars on weekday nights. Carrie is too obsessed with New York and too co-dependent with Miranda to really leave, but I could see Samantha leaving town and just plain falling out of touch. The most natural way to have these three women back in a show together is to have them acknowledge that, no, they wouldn’t have stayed friends all this time, and have us see what happens when they’re pushed back into each other’s lives decades later anyway.

Carrie is a mom of two

As a longtime viewer of the show, Carrie Bradshaw being childless makes perfect sense to me. She’s never mentioned wanting kids, she describes herself as not having maternal instincts, and anyway, no one should have Mr. Big as a dad. But through the eyes of a male writer, there may be the inclination to assume that, at a certain point in life, everything other than the raising of children seems meaningless to those of us with ovaries — thus imbuing Carrie with a burning late-in-life need to have a child of her own. This would fly in the face of everything we’ve come to know about Carrie, and all for the purpose of asserting an age-old myth that being a mom is innately what all women do best. Hard pass.

Jennifer Hudson’s character is back as Carrie’s assistant

I know, I know. Jennifer Hudson was a beacon of light in the uneven first Sex and the City movie, but that doesn’t change the fact that this character was the weakest possible way they could have chosen to address the show’s six seasons of all-white leads, love interests, and friends. One Black woman was instead tasked with representing all of the African-American culture the Sex and the City world had been missing (other than that Samantha episode, which arguably doesn’t highlight Black people so much as it does Black fetishization). And that woman’s role included being an assistant to the most narcissistic (and least tech-savvy) white woman on earth with perfect patience and gratitude, appearing in and out of Carrie’s life like a genie released from a bottle. The few times that this show has addressed race makes me wary of suggesting new ways they should take it on, but continuing to pretend that the streets they walk on and circles they run in are all-white is not an option. If they continue to self-segregate to an extreme degree, that needs to be its own conversation on the show.

I suspect that Charlotte York, like Meghan McCain, will have to face consequences before her attitudes change, and this means that Charlotte will have had to face some eye-opening hardship in the years between the second movie and when we see her next. Maybe it has to do with her marriage with Harry, or with her daughter Lily, or the brother we saw that one time, but something needs to have happened that shook Charlotte to her core — and brought her out the other side just as chipper, just as neurotic, and as sex-positive as Samantha with none of the raunchiness. When Lily mentions a new boyfriend (or girlfriend!) to her mom, she gets another carefully printed-out pamphlet on consent slipped under her door that night. When she’s sent home for a dress code violation, Charlotte rallies the other moms until the school agrees to drop the dress code altogether. That kind of thing.

No one has sex on-screen anymore

Oh, I know. You lost the actress who had the most nudity written into her contract, the one whose sex scenes made Sex and the City impossible to ignore, even if you didn’t like it. Too bad! One of the realest aspects of the show was how they addressed sexual situations head-on, from Samantha’s date with a guy with “the funkiest tasting spunk” to Miranda’s nervous forays into dirty talk or sex in public. One of the most potentially interesting aspects of the reboot could be how these women’s sex lives have changed from when they were in their 30s, and it would be a huge mistake to pretend that isn’t part of the show’s appeal.

The elephant in the room of this otherwise pure friendship is Carrie’s incessant need to make everything about herself. At a certain point in raising a child, we have to assume that Miranda said “enough of this” and hung up the phone — and that if Carrie earned her back as a friend, she learned to pull her weight in a few new ways too. If Samantha can disappear off the face of the earth, Carrie can learn how to be a better friend.