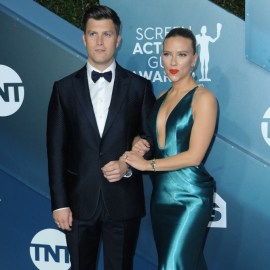 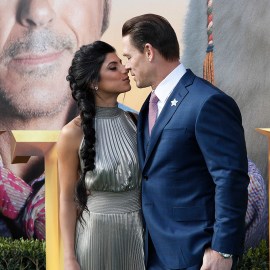 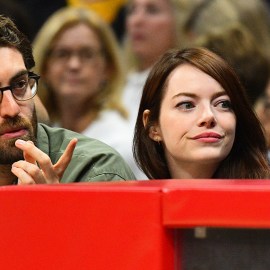 All the Celebrity Weddings in 2020 13 Images

From the looks of it, Brian Austin Green and Dancing with the Stars pro Sharna Burgess had an amazing Hawaiian vacation over the holidays. It was a tropical and relaxing location — and also the place Green got married to soon-to-be ex-wife Megan Fox in 2010. Record scratch! How does that even pass the smell test when it comes to dating?

Even though a source told E! News that the new couple had “an incredible time being together in paradise,” the swanky Four Seasons location was chosen because Green wanted to “take her to one of his favorite places.” There has to be more than one hotel in the world that The Masked Dancer judge loves — even during a pandemic. He couldn’t have found another vacation spot?

But hey, who’re we to judge? It sounds like the news didn’t bug Burgess one bit and that the holiday was filled with romance. “They spent a lot of time by the pool and beach, where they kissed, hugged and walked around holding hands. They watched the sunset several times and also the sunrise,” the insider shared.

Megan Fox hasn’t commented publicly on the insensitive move by her ex, but maybe she doesn’t care since she’s enjoying her time with Machine Gun Kelly. What’s even stranger is that Green isn’t the only Hollywood celeb to revisit his wedding location with a new flame. Take a look at Brad Pitt, who took former girlfriend Nicole Poturalski to Château Miraval, the site of his wedding to ex Angelina Jolie. If that wasn’t bad enough, he did it over his wedding anniversary weekend — ouch!

“Taking Nicole to Miraval on their former wedding anniversary, Brad knows exactly what he is doing and the reaction it’s going to get from Angelina,” a source told Us Weekly. “He just doesn’t care if Angelina is going to lash out. He expects she will.”

If this is the way ex-husbands get back at their wives, it makes divorce even uglier than it already is. It certainly doesn’t make Green or Pitt look great, either. Here’s a tip for 2021, guys: It’s better to make new memories and have a fresh start with the person you are dating in a different location — not your former wedding venue.