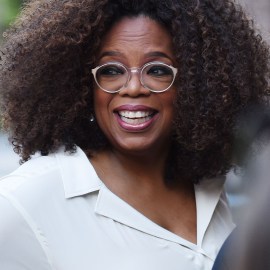 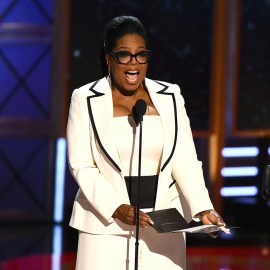 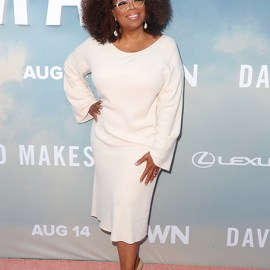 Prince Harry’s Apple TV+ series with Oprah Winfrey was first announced in 2019 and has been highly anticipated by fans since then — and it’s no surprise why. The Duke of Sussex and the media mogul partnered to create a documentary series that is all about mental health. Though the series was supposed to be released last year the collaboration has once again been unfortunately delayed until (hopefully) spring 2021. Here’s what we know about the series so far.

A post shared by The Duke and Duchess of Sussex (@sussexroyal)

Harry announced the Apple TV+ series with Oprah in April 2019 on the Duke and Duchess’ Sussex Royal Instagram, account writing, “We are excited to announce The Duke of Sussex and Oprah Winfrey are partners, co-creators and executive producers on their forthcoming mental health series launching on Apple in 2020.” Additionally, the account shared that the two co-creators hope that their work will, inspire viewers, “to have an honest conversation about the challenges each of us faces, and how to equip ourselves with the tools to not simply survive, but to thrive.”

In the statement, Harry is quoted as saying, “I truly believe that good mental health – mental fitness – is the key to powerful leadership, productive communities and a purpose-driven self. It is a huge responsibility to get this right as we bring you the facts, the science and the awareness of a subject that is so relevant during these times.”

The statement added that Winfrey and Harry have been “developing the series for several months and are looking forward to sharing such an important project on this global platform.” Mental health is an issue Harry and Meghan have both passionately advocated and done charitable work for in the past and we have a feeling that this multi-part series will be nothing short of extraordinary.

Although no official statement has been made, according to The Sun Harry and Oprah’s show is not expected to release until at least March 2021 due to multiple factors such as COVID-19 restrictions, Megxit, and the couple’s subsequent move to the US — which slowed down the production.

For now, Harry and Meghan are continuing to advocate for “compassion” through their work with their non-profit organization, Archewell.

Click here for the best family-friendly documentaries to watch with your kids.