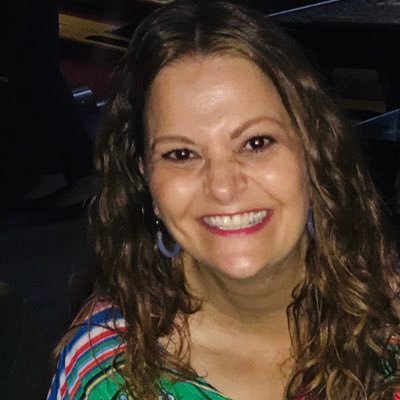 Pretend for a moment that 2020 wasn’t 2020 and you can read the words “it’s that time of year again” with both an understanding of what that means and how the passage of time works. Still with us, or do you need a minute to pick yourself up off of the floor? It’s okay, we get it. Believe me, we get it. It may not feel like it, but the calendar clearly shows that it really is that time of year again and The Holidays are here. And what better way to get in the holiday spirit than with a little Christmas music?

We could all use some holly jolly good times with peppermint-flavored everything, (newly adaptable) family traditions, and musical merriment with mandatory bells that jingle. But since this year has been so…this year…maybe what you’re looking for under the tree isn’t a standard sung by Mariah Carey, WHAM!, Andy Williams, or even Bing Crosby and David Bowie. Maybe you’re looking for something a little different. Songs that still feel festive but from more surprising voices. Someone you’re less likely to hear at the grocery store (which, if we’re honest, is the only store most of us frequent frequently anymore). Yeah? Great. We’ve got you covered. Check out the list of stars you may not have realized released Christmas albums that are worth adding to your playlists.

In 1967, in what feels like a lifetime before she wrote, starred in, produced, and directed Yentl, Barbra Streisand released a Christmas album
. It’s stacked with classics and her voice is perfect because, well because she’s Barbra Streisand!! I believe that’s what we refer to as a Christmas miracle.

It’s the holidays and you’d better work. RuPaul really is a one-in-a-million and so is this Christmas album
. It’s everything you’d expect and more. BAM! Super high energy. Campy. Festive as all get-out. To be honest, we’re wondering why there isn’t already a Peloton ride set to this album.

Are you ready for “A Heavy Metal Christmas (Twelve Days of Christmas)
” because if you are, it comes with a rocker’s shopping list that’s pretty hard to beat: “12 silver crosses,11 black mascaras, 10 pairs of platforms, 9 tattered t-shirts, 8 pentagrams, 7 leather jackets, 6 cans of hairspray, 5 skull earrings, 4 quarts of Jack, 3 studded belts,2 pairs of spandex pants, and a tattoo of Ozzy.” Also, “O Come All Ye Faithful” bears more than a passing resemblance to the band’s monster hit “We’re Not Gonna Take It” — you can thank Santa and his elves for the magic that is the cowbell for that one.

Looking for something a little less family-friendly (watch out little ones, it’s chock-full of explicit content)? With titles like “My Little Mama Trippin on Christmas” and “A Pimp’s Christmas Song” Snoop Dogg’s step into Christmas
will give you that D O double G bounce when you need to power through last-minute gift wrapping.

Were you expecting the creator and voice of Family Guy to drop a swing album of holiday standards
? Well, in 2014 he did just that. It’s snark-free, quite delightful, and includes the spectacular Sara Bareilles on “Baby, It’s Cold Outside.”

She once sang with The Eurythmics that “there must be an angel, playing with my heart” and honestly that’s how we feel whenever we hear Annie Lennox’s voice. It’s angelic. It’s stirring. It’s been known to make many a fan weep. Is it any wonder that we could listen to her Christmas album
all year long? This collection is filled with Lennox’s personal favorites, which makes it feel so special and intimate. And as this is the season of giving, what gift could be better than more than one Annie? How about a chorus of them — which is what you’ll discover in her stunning versions of “God Rest Ye Merry Gentlemen,” “Angels from the Realms of Glory,” and “In the Bleak Midwinter.”

Leslie Odom Jr.,, best known for his Tony Award-winning performance as Aaron Burr in Hamilton, released his second Christmas album
this year. It’s a collection where instead of simply covering classics, he offers up beautiful versions of songs such as “Little Drummer Boy” with the Mzansi Youth Choir and “Winter Song” featuring Cynthia Erivo. The standout, though, is the inclusion and gorgeous interpretation of “Ma’oz Tsur,” a traditional Hebrew poem that is sung at Hanukkah after the lighting of the festival lights of the menorah.

Did you know that Rosie O’Donnell and Cher recorded a Christmas duet? Do you believe in life after love? Well, now you do. On her holiday compilation
, TV’s Queen of Nice meets up with the most eclectic mix of guest stars ever — Sir Elton John, Ms. Lauryn Hill, Gloria Estefan, Elmo (of course!), Rosemary Clooney, and more — for a collection of classics that you’ll be sure to sing along to.

As Noel Gallagher says in the new Bee Gees documentary, “When you’ve got brothers singing, it’s like an instrument that nobody else can buy,” and that statement holds true for the brothers Hanson, who released their Christmas album
back in 1997. Clocking in at 41 minutes, it’s filled with an upbeat selection of covers such as Stevie Wonder’s “What Christmas Means to Me,” Darlene Love’s “Christmas (Baby Please Come Home),” and Chuck Berry’s “Run Rudolph Run,” as well as three original recordings.

Before you go, check out even more holiday music: 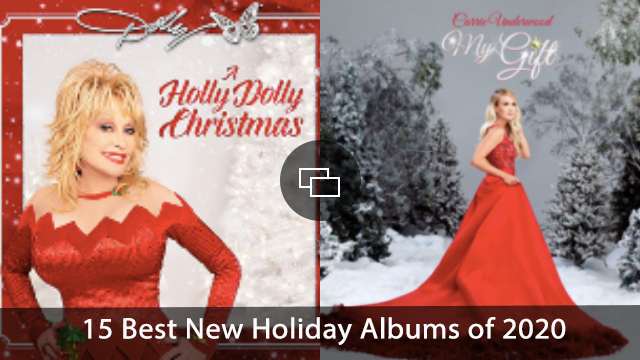