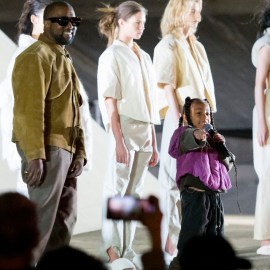 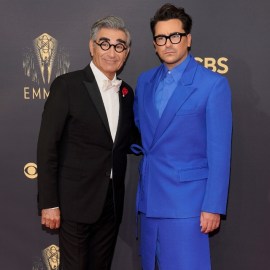 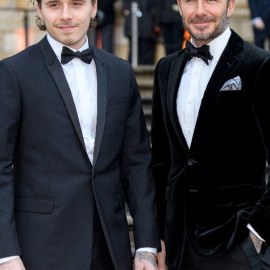 Tiger Woods may have brought the Woods name to prominence in pro golf, but if his son Charlie Axel Woods is any indication, there’ll be a new generation coming for his crown soon enough. In this year’s PNC Championship, where professional golfers hit the course with a family member, Tiger and Charlie showed off their game (and their matching golf swings!) at the Ritz-Carlton Gold Club Grande Lakes, and let’s just say that 11-year-old Charlie was definitely getting some attention.

For those who might think that this (see full video here) is Charlie’s first foray out onto the field, rest assured: “He’s been playing junior golf tournaments and he’s been out in front and having people video him. This is a different world we live in now; everyone has a phone,” dad Tiger said at the event. “It’s so much fun for me to see him enjoying this, enjoying the game.”

It’s quite a lot of fun for us too! For an 11-year-old, there’s no denying Charlie has an impressive handle on mimicking his dad’s swing — and teaching pro Mike Thomas says we’re just seeing the tip of the iceberg.

“Most 11-year-olds just want to hit one shot; he’s got a lot of shots in his arsenal,” says Thomas. “It’s going to be interesting to see what happens with him because he’s got a ton of talent. What’s cool is he looks like he’s enjoying the game. He doesn’t get all worked up over a bad shot.”

It looks like young Charlie will have a clear path forward if pro golf is what he wants — or at any rate, a lifetime of golf on the weekends to look forward to.