Cher is a household name, period, end of story. And it’s hard to imagine that ever changing — but the goddess of pop has had to do exactly that as she considers new roles in recent years. At 74 years old, Cher is still acting, singing, and performing and shows no sign of slowing down, and new movie Bobbleheads: The Movie (out December 8 on digital and DVD, coming soon to Netflix) was a moment where she realized that, for the first time in a long time, the people watching her might not know who she is. In a new exclusive interview with SheKnows, Cher tells us how she got over that hurdle and embraced the anonymity of voiceover to get back to storytelling. “My character was fun,” she says. “They don’t need to know who I am.”

Her character, FYI, is Cher herself — but of course, in Bobble-ified form. And her character is fun: after a Toy Story-esque escape plot with the main Bobbleheads at home, who are facing two home intruders after their owners go away, Cher the Bobblehead is there to restore peace and order to the Bobblehead way of life, preaching the importance of being yourself and embracing who you are. It’s a message Cher is more than happy to spread, onscreen or otherwise, and a motto she claims is behind her success.

“You are who you are,” Cher tells SheKnows, parroting her Bobbleheads persona. “if you are authentic, you will be successful in your in your life.”

Read on for more of what Cher had to say about Bobbleheads, why she doesn’t believe in planning, and her super-secret mission to Cambodia to help relocate World’s Loneliest Elephant Kaavan.

SheKnows: It was almost a year ago today that you were my last big concert at Madison Square Garden at home. It was amazing.

Cher: I love that. I always get intimidated there, but I always love it.

Cher: Well, I mean, it’s Madison Square Garden. I’ve been listening to it and I’ve heard about it since I was a teeny child.

SK: I keep thinking about everyone that’s part of your show. What are they all doing right now? Do you keep in touch? How are they doing in the pandemic?

Cher: Well, I was just yeah, I was just with one of my dancers a little while ago, and it’s very difficult. I mean, they’re struggling. In Las Vegas, all the other performers up and down the strip, we all donated money to the stagehands and to the singers and dancers to try to give them a little cushion to fall back on. But, you know, everybody’s struggling, and they’re struggling, too.

SK: Well, I want to make this interview all about Kaavan (the elephant).

SK: Of Bobbleheads or Kaavan?

Cher: Well both, actually both. I mean, it was a completely different experience, but. But you know what, I had never done voiceovers, and then all of a sudden I did Scooby Doo and Bobbleheads and something else that neither one of us can remember. But it was really fun, you know? And I thought, why? Why are they asking me to do this? I’m so old and no kids are going to, you know, even know who Cher is, you know? But it was what I realized was my message to them was — just, you know, you be who you are, just whatever you think your problem is, you just deal with it and you are who you are. And if you are authentic, you will be successful in your in your life.

I mean, it’s so bizarre to me. You know, it’s like even when I did Mamma Mia! I thought, well, these kids are younger. They’re not going to care that I’m in this movie, even though I was only in it for five minutes. But even with, like, Scooby Doo. But I had done Scooby Doo once before the summer. But and then I was thinking Bobbleheads. I saw a bobblehead of me. Someone gave me one…I thought these are little kids, you know? But then I thought, you know, my character was fun and and they don’t need to know who I am.

SK: And there are parents watching along.

SK: I was wondering if this is part of a master plan so that every generation will adore you.

Cher:  You know what? I haven’t made a plan in my entire life.

Cher: I mean, I’m just not a planner. I’m truthfully not a planner. I’ve worked hard, and I’ve either taken opportunities or not taken them, but I’ve never really been a planner. I just I think you do what comes to you. And sometimes you have to bring it yourself. Sometimes you have to brand yourself, but usually things just kind of come your way and you either take it, you know, take the road even if you’re frightened or you don’t. And I’ve missed some things, too, you know, that I wish I’d done. But but, you know, I also believe that… what comes to you, belongs to you, and sometimes it just doesn’t belong to you.

SK: I was thinking about about you as a bobblehead, and I know there have been many dolls made of you. What was it like the first time you ever saw yourself as as a doll?

Cher: I was pretty excited. I think we were doing the TV show, right? We were doing the TV show and there was a Barbie doll of me. Yeah. And I was pleased, you know, I was thrilled, actually, and I thought they did a good job. And, you know, I loved all the costumes and Bob [Mackie] did all the costumes, of course. And it’s exciting, you know, it’s exciting and it’s really exciting when people love it and want to have it, want to own her.

SK: I saw you like beat Barbie for a year. That’s pretty cool… So now can you tell me about Kaavan?

Cher: Well, you know what, I can’t tell you about it, except I can tell you it was one of the most thrilling times of my life. I thought, how am I going [to help him]? I’m not going to these places, I don’t know anything about this, but then all of a sudden, we just — my partner and I — we formed Free the Wild and we, just two people alone, started doing it.

Before you go, click here to see pop icons who have been nominated for Academy Awards. 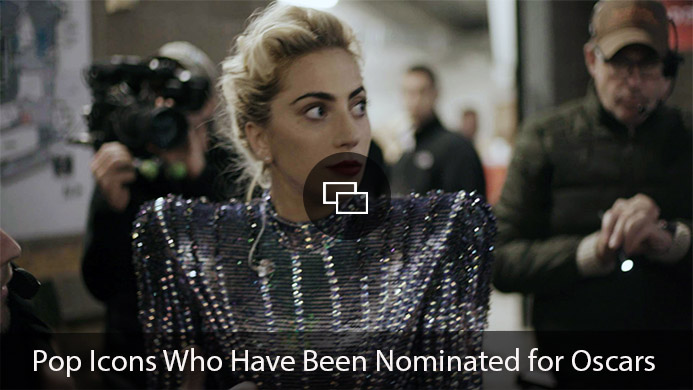