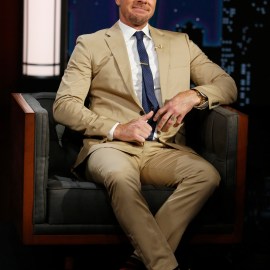 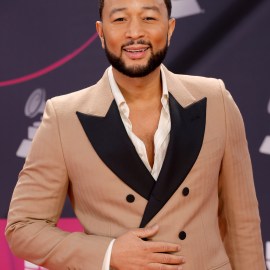 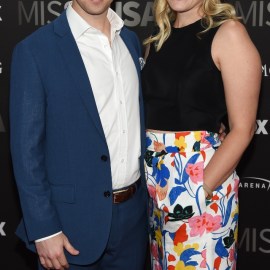 In February, longtime producer Randall Emmett (better known to Vanderpump Rules watchers as Lala’s fiancé) finally got his lifelong goal of directing a movie off the ground, starting preproduction on indie thriller Midnight in the Switchgrass starring Machine Gun Kelly and Megan Fox. The cast and crew headed to Puerto Rico for rehearsal and kicked off filming on March 9, only getting in a single week of shooting before they were shut down due to COVID-19. But the damage was already done — at least in terms of the spark between Kelly and Fox, who says she knew the minute they locked eyes for the first time that she was in trouble. In a newly released podcast recorded right before the pandemic, though, Green’s references to wife Fox and their family don’t suggest he had any hint that their marriage was in trouble. All of which has us wondering: when did Green find out that Fox was ready to move on from their marriage?

Related story These Celebrity Couples All Have Significant Age Differences

Green appeared on old friend Jaleel White’s podcast Ever After With Jaleel White to talk about their experiences as child stars and the families they’d built now. Recorded outside “just before the pandemic,” per White’s description, Green’s comments about home paint a different picture than the one he’d come out with in May.

“By the time I had my first kid I was almost 30. Now, it’s time to slow it down,” Green remembers thinking. But it wasn’t until a decade later that he had his first child with Fox, their first son Noah. “I was promoting clubs by the time I was 15, 16…by the time I turned 21 I was like, ‘I’m kind of cool on drinking.'”

By the time Green first met Fox, she was 18 years old and he was 30; his son Kassius with ex Vanessa Marcil was 2 years old, and Green had plenty of experience being a dad. He was ready to start a big family with Fox as they welcomed their three sons, and talks cheerfully about parenting tactics they’ve tried over the years.

“It’s just a different perspective on parenting [having three kids],” he says. “Like my wife and I got really good at man to man and then you have three and all of a sudden you have to play zone — ok I’ll cover the door in this half of the room, you cover that half.”

Fox, now 34, never publicly announced her split from Green that spring. It was the 90210 star who broke the news, prefacing it with an Instagram post of a butterfly on a flower, captioned; “Eventually butterflies get bored sitting on a flower for too long. They start feeling smothered. It’s a great big world and they want to experience it.”

The implication was clear: Fox was the butterfly, Green was the boring flower, and Kelly, presumably, was the world she wanted to experience. And as Fox slowly debuted her relationship with Kelly, it was clear enough to see what had happened even without Green spelling it out. What this podcast has us wondering, though, is what exactly happened in the weeks as the pandemic hit — when Midnight production shut down, Fox and Kelly were presumably sent home, and Green was still unaware of what had happened. Did Fox decide to risk it all and tell him right away that they were separating based on the strength of a two-week connection? Or did she go back home to Green and realize there that their differences felt too big to solve?

It goes without saying that this is all none of our business; but if you play cryptic games with your captions, you’ll get cryptic theories in return. Taking Green’s butterfly metaphor a step further, wouldn’t it be more fair to say that sometimes, butterflies want to explore the great big world not because they’re bored but because they spent their 20s in service of a retired partyboy who was ready to settle down?

Maybe I’m biased by finding Fox and Kelly to be a uniquely good match, but Green’s joke in this podcast suggests he knows exactly how different of a phase he’s in than his wife — either that, or he’s just excited by the opportunity to bring up the age difference.

“I’ve been in SAG longer than my wife has been alive,” he cracks to White, making a point about the longevity of his career. And maybe that’s kind of the problem.