In the latest video discussing her “Early Years” project, Kate Middleton, Duchess of Cambridge, accidentally flashed a peek at her iPhone, revealing a slightly intrusive look at the royal’s texting habits. As those of you familiar with Instagram may know, a line of your recently-used emojis will appear when you’re in the comment section of a post, and the Duchess did just that as she gushed over the effusive responses with questions about early years. Some of the emojis were not at all surprising, like her healthy-eating emojis (cucumber and pineapple) or the emoji that’s technically called “woman bowing” but mostly looks like “woman exhausted.” The emoji that’s most surprised fans ’round the world (and personally warmed our hearts)? The cursing emoji — you know the one. An angry red face with bleeped-out cursing, could this emoji be proof that the shady, sh*t-talking side of Kate Middleton has existed all along?

Kate — unlike, say, Meghan Markle — has always been praised for her ability to go with the flow, warmly embracing the British royal family tradition of “put up and shut up” when faced with conflict. Even at her and Prince William’s rockiest, when rumors of his alleged affair with her one-time friend Rose Hanbury were in every paper, Kate never slipped from her wifely duties or was pictured with less than a smile. We’re not saying that this response is better than any other, of course — but it has always been Kate’s way.

Imagine our delight, then, at imagining the secret texting world of Kate Middleton, where she can express all the fury that’s not allowed to her on the public stage. Maybe she has a finsta where she vents her rage, one so inventively named that even William doesn’t know it exists. Maybe she has a thriving group chat just for griping about royal issues where she sends out streams of expletive emojis after posing for yet another royal photo.

Put plainly, let these emojis be proof that Kate Middleton has ugly feelings (the vomit emoji was also included), even if she doesn’t show it. Just because she’s chosen to reflect a public persona of stability doesn’t mean she’s not biting her tongue sometimes too. And in the midst of a pandemic, we’re only relating to Kate harder after seeing that she too is dealing with frustrations — even if she’ll only show it on text. 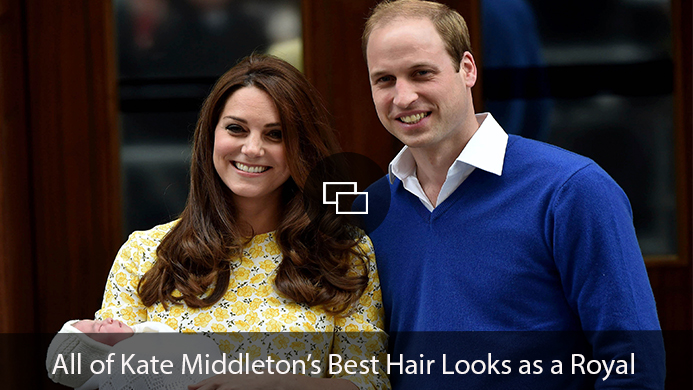