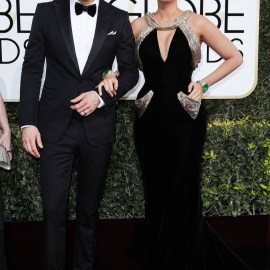 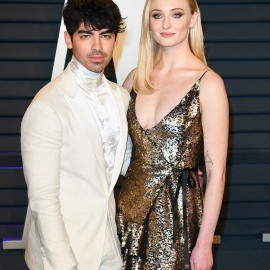 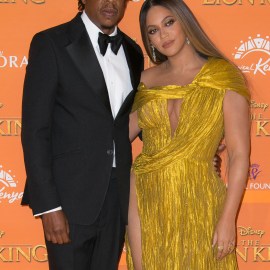 You know who’s not sweet and cuddly? Khal Drogo, the Game of Thrones Dothraki chieftain who, yes, we eventually grow to love, but who is mostly a man of terrifying strength and authority. But while Drogo may be how Jason Momoa first found his way into our hearts, the impression he’s left over the years couldn’t be further from his GoT persona, and it’s no surprise that his new interview with Men’s Health confirmed even further that he’s just a big ole softie in a giant, hulking body. Husband to (the notably tiny) Lisa Bonet, Momoa can’t help but laugh at the idea that he’s as menacing as his characters can make him seem. In fact, he says he’s “absolutely terrified” of Bonet herself (no, he’s not afraid of crushing her), and this description of their home life may be the only thing more endearing than Momoa himself.

Opening up about his new movie Dune and what it’s been like in lockdown with Bonet and their two kids, Lola and Nakoa-Wolf, Momoa admits right away that he’s no traditional “man of the house.”

This throwback picture of Lisa Bonet and baby Zoë Kravitz is basically like "Freaky Friday."https://t.co/cn8i8H2Q8F

“I may look big and tough, but I’m not,” he says. “I’m nothing like Khal Drogo. I’m not even the king of my own house! I’m absolutely terrified of my wife.”

“My wife is very sophisticated and smart and [our kids and I are] kind of like animals that need to be trained a little better,” he adds. “I’m constantly a work in progress, and I’ve just been trying to get better as a father and a husband.”

You know how even the biggest dog can be scared of a small cat? Yeah, that’s basically what we’re picturing in the Momoa household — three bulls in a china shop all doing their very best not to get Bonet caught up in the storm.