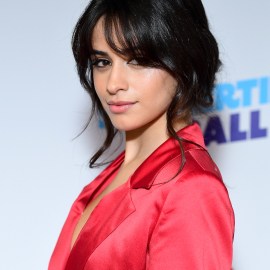 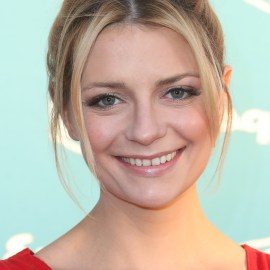 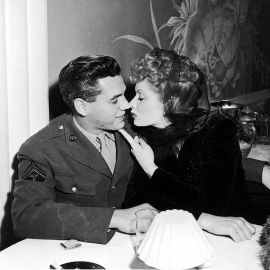 In the fast-paced Israeli spy thriller Tehran, Liraz Charhi plays Yael Kadosh, a Mossad agent tasked with sending young female spy Tamar on her first-ever mission to Iran. The series (now available to binge in full on Apple TV+) immediately leapt out to Charhi, an Iranian actress and singer who grew up in Israel and had always dreamed of seeing more collaboration between the two cultures. In a new exclusive interview with SheKnows, Charhi explains the struggle to figure out where her identity lay in Israel, one she saw reflected in Yael’s ultimate choice of where to place her loyalties. If anyone knows what it’s like to be stuck in a hard place between Israel and Iran, it’s Liraz Charhi — and now that she’s harnessed her Iranian artistic community in Los Angeles, we shouldn’t expect her to slow down any time soon.

Even before she snagged the role as Yael in Tehran, Charhi was looking for a way to blend her Iranian heritage with her Israeli music career, and pitched something daring: a sophomore album in Farsi. That album came out on Nov. 13, Zan, just off the heels of the Israeli thriller hitting American markets, and Charhi has never felt more keenly aware of how her personal struggles are playing out in her art.

“For me to see today women in Iran that have been muted for the last 42 years since the revolution, it’s hard to see,” she admitted to SheKnows. “I think that Yael [Kadosh] is fighting her own private revolution, breaking her own walls during the story of this TV series. And I feel the same. I feel like I’m doing the same in my own personal life.”

When it comes to Israel, Iran, and the fractured populations between them, shows like Tehran and stories like Charhi’s remind us of the individuals whose lives and identities became splintered in the process. Who are you when you grow up far from home? And what makes something home to begin with?

Luckily, Charhi had plenty of practice answering those questions in her own life. Here’s what she had to say about how her career has led up to a series like Tehran.

SheKnows: Tell us about the show and your character.

Liraz Charhi: I’m playing the role of Yael Kadosh, a Mossad agent, and she’s an Iranian who left Iran when she was a teenager and she moved to Israel. She’s a very complex, very layered character, very determined to accomplish her mission, sending Tamar Rabinyan, the younger spy, for the first time to Iran. And she’s her commander and she’s actually trying to prove herself in a very masculine world, understanding which kind of agents commander she wants to be. So I immediately identified with the character, because my both parents were born in Iran and they moved to Israel when they were teenagers. And I grew up as Iranian in Israel, which was a very complex and emotional life as well.

I definitely can say that this role was so close to me from the first draft I read, because I understood that I can tell my story via this amazing character. And it’s the first time that actually Israel [is writing] and making something artistic with Iranian heritage. And suddenly it’s getting so big in Israel and outside of Israel, which is crazy. And for myself, I’m releasing my second album in Farsi. I actually have a career outside of Israel. And I’m a singer who sings in Farsi and tours around the world with my beautiful heritage and with all the good things about my heritage. A challenging thing of my story is that I cannot even visit my parents’ land, Iran, which I don’t know, but I am longing for at the same time.

SK: You mentioned that your character has a lot of layers that are parallel with with you and your personal story. Can you share a little bit about that?

LC: The fact that Yael grew up uprooted in such a masculine world, living with only her father because her mother just passed away and trying to struggle and to focus on her personal agenda. It’s very hard because Yael has lots of feeling for Iran from one side… but on the other hand, she’s a commander in the Mossad and she’s an Israeli agent.

I think the most fragile thing [turns out] to have lots of strength. And she’s finding out that the hero that she’s been looking for all of her life is actually herself. And of course, when she sends Tamar to her first mission and the mission is getting very complicated, she jumps to Tehran to fix the situation. She understand and she’s realizing that, after so many years, that she’s trying to ask herself which side is she choosing, who is she, and where can she find her own identity? She understands that she doesn’t have to choose, and it’s the same feeling that I’m having and the same feeling I try to share with my acting in this character. I don’t have to choose any side. I’m built from layers. And this is me and this is my story. I’m Iranian and I can be Israeli and Iranian at the same time.

And I think this is what sent her to her freedom to do whatever she wants. And this is what I’m doing. She’s doing it in the Mossad and I’m singing in Farsi. It’s the same thing. Plus, you know, we Iranian women, we couldn’t really speak and talk about ourselves so much. We were born to very, let’s say, primitive families with delayed femininity. Any ideas that we had, which [were] out of the box [were] not going over well with our parents. Because they thought we should live life like, you know, nice ladies, good manners, having the same role models of our grandmothers who got engaged when they were 11 and got married when they were 13, had lots of babies and especially were muted, let’s say the truth. And for me to see today women in Iran that have been muted for the last 42 years since the revolution, it’s hard to see. It’s hard to imagine this kind of life because they’ve been muted by the extreme regime. And here we’ve been muted in our own personal home in a different way. So I think that Yael is fighting her own private revolution, breaking her own walls during the story of this TV series. And I feel the same. I feel like I’m doing the same in my own personal life differently.

SK: How has support from your family and friends been as you launched your music career?

LC: I grew up in a family that’s been listening to the same playlist for years for parties, music and wedding songs, and it was nice, it was OK. But when I was working in Los Angeles, when I found out that Los Angeles is actually “Tehran-geles” because there are millions of Iranian people in Los Angeles and I started to explore especially the music, I understood that there are so many great musicians in Iran from the ’70s and music that I didn’t know. So I bought lots of CDs and vinyls from Tehrangeles to Tel Aviv and I said I’m going to sing in Farsi. And they thought, she’s going crazy. I had a very good career going on here in Israel. And everyone was telling me that it would be too niche, but that’s what I was looking for, to be in the niche, to find my heritage with my arts and to explore it as much as I can, because unfortunately, we cannot visit Iran. I can think about it. I can write about it. And I think it’s the best way to to handle this crazy situation.

SK: This show and your career trajectory both emphasize breaking feminist boundaries — is that something you’re focused on going forward? What has it been like to take that on?

LC: When I first met the Iranian music firm Tehrangeles, I understood that I wanted to sing in Farsi and I want to sing about this, it’s called Naz, Naz is like women’s good behavior and manners, the way that women are supposed to act when they’re Iranian. You know, I can refer to maybe the Kardashians? Very polite, but they’re very determined from the other hand and they know what they want. So you have to use this Naz when you’re an Iranian lady.

And I can laugh about it and I can be a cynic and I can sing about it. So I understood that I wanted to build an album with the layers of myself and to use electronic beats and to take the songs that Tehranian people know and to make it in my own version. The next step, was to peel off this Naz and to reveal my new skin. I have two daughters. I felt that I needed to tell them that I have dreams and I am determined and I want to send them away to their freedom, because Israel is not very easy to grow in. And there are so many bad examples of behaviors here for women.

So I started actually to build my own personal revolution because I have the opportunity to explore my roots and to take this to the extreme of Iranian and Israeli culture and to bring them together. I said out loud, my biggest dream was to write an album with an Iranian artist from Tehran. And this album [came out] on November 13. And I think that the role of Yael Kadosh, the TV series, and what I’m doing now with the music — it’s the same lady who’s trying to fight for freedom.