Tarek El Moussa and Heather Rae Young have been very open about their wedding plans since announcing their engagement in July. The couple has given clues about what their big day might look like: from hinting at a mystery location to Young’s favorite dress options and even detailing their guestlist. But, after seeing the two in Las Vegas over the weekend, we’re wondering if they might’ve changed up their plans entirely.

On Sunday, El Moussa posted two photos of himself with Young in Las Vegas with a rather cryptic caption. “Date night in Vegas with my love @heatherraeyoung. Does anyone know of a chapel 🤷‍♂️💍….should we do it!!?”

In one of the photos, the pair can be seen casually smiling for the camera — and in the other, Young can be seen holding a champagne glass with what looks to be tulle wrapped around the glass.

The two have said publically they’d prefer not to have a big wedding and that while they may be in the limelight professionally, they’d want to be away from the cameras on their special day. “I want everything to be very intimate and personal,” Young said on the Today Show. “I feel like when the camera’s around, and you’re mic’d up, and they’re pulling people away to film this, and pulling people away to film that– I just don’t know if that’s what we wanna do for our wedding.”

So, it would make sense they’d decide to ditch all their plans and opt for something more low-key.

El Moussa, who told SheKnows he never expected he’d find love again after Christina Anstead, knew Young was the one from the moment he saw her. “I was single for almost four years, and I wasn’t expecting to find anyone. But I’m the type of guy when I see an opportunity, I jump on it — just like real estate. So, the day I saw Heather, I just knew right away she was the one,” El Moussa told SheKnows.

Young and El Moussa were under the same roof within weeks. “I brought her home; she met the kids, she met the family. It was a very scary experience going into it, but once it happened, I realized it was just perfect,” he continued. “We just became a family immediately.”

And what quicker way could there be to officially be family than by eloping? Hmmm…. makes you wonder, doesn’t it?

Before you go, click here to see all the celebrities who got married without telling anyone. 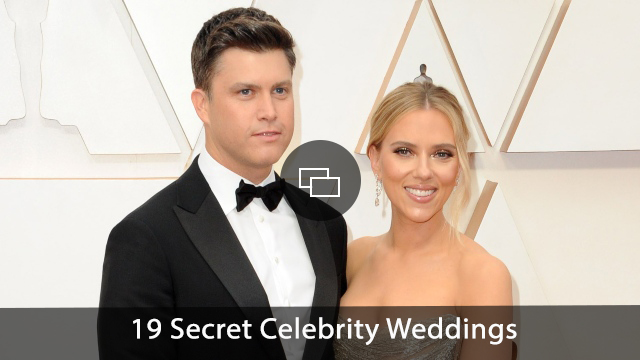