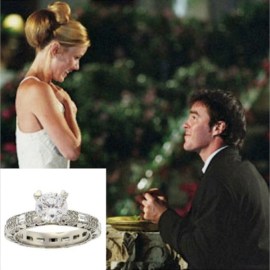 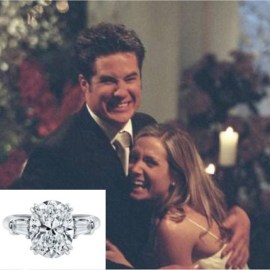 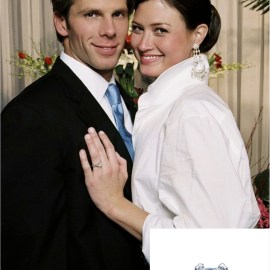 Clare Crawley’s very dramatic season of The Bachelorette is rounding a corner this week, as teased by last week’s jaw-dropping entrée by Tayshia Adams. As anyone who’s been watching knows, Clare has had a serious *thing* for contestant Dale Moss from the start, and it isn’t subtle. After her first meeting, she told (a somewhat panicked) Chris Harrison that she’d just met her husband. She sneaks off during group dates to make out with Dale in her room. She spent another group date interrogating the other men about why they didn’t like Dale. It’s bad. But! That doesn’t mean that Clare’s story has to end badly, and rumor has it she’s fuming over how the edited the footage from her season to make her look insensitive. New photos showing the reality star rocking a massive engagement ring seem to suggest that, even if her time on The Bachelorette may be over, her time as Mrs. Dale Moss may just be beginning.

Clare was spotted with this new bling in hometown Sacramento, CA — and we’re no diamond experts, but even these grainy shots are showing some serious diamonds — and we’re wondering if Moss had to dip into his NFL money for the ring, or if Bachelorette relented and enlisted Neil Lane.

Going on The Bachelorette is a tricky thing. Everyone has to swear up and down that they’re ready for a serious commitment and open to getting engaged within a three-month span of time. But in order to make it through those three months, there’s also an unspoken agreement that they can’t say, eliminate half the guys on night one because they already know they won’t make a connection. And you definitely can’t zero in on your favorite starting week one and ignore every other guy there, à la Clare.

But in the end, isn’t The Bachelorette supposed to be about finding love? If Clare and Dale end up in a lasting, happy relationship, Bachelor Nation will look pretty silly for continuing to slam their choices. It may have been unconventional, but The Bachelorette did help them find love.