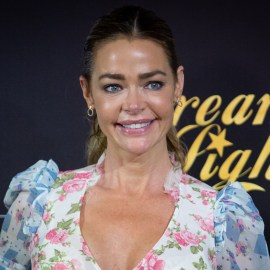 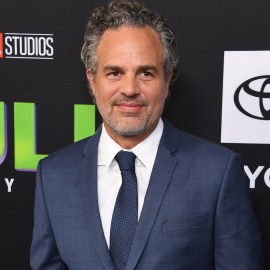 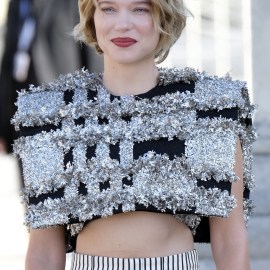 Chelsea Handler wants to make sure everyone has their voice heard on Election Day and she’s stripping down to make sure we are all paying attention. The comedian took to Instagram to give her followers a topless, yet powerful message about voting.

PSA: Democracy means that every vote is counted! If you see something that doesn't look right at the polls, or need help voting, call the nonpartisan Election Protection Hotline: (866) 687-8683 🗳 My apologies to my nieces and nephews.

Wearing only burgundy sweatpants and two “I Voted” stickers over her nipples, Handler has a public service announcement video for anyone who will listen. “I have voted and I want to make sure you are voting today, too,” she says in the video. “Please do not let anybody intimidate you on voting lines. I know it’s intimidating when people have guns in the state of Michigan, which is ridiculous.”

Handler goes on to recommend several candidates in the state of Michigan, who are in favor of gun control. This is not a surprising move given the fact she’s been a political activist over the last four years, but Handler admits she did take it too far at one point.

“I was a hot mess. I’d go into my last job, my talk show at Netflix, and turn on MSNBC. The writers would have their meeting, and I’d go in for, like, 10 minutes and then just come back out and be the most bitter, angry person,” she says to The Hollywood Reporter. “I think people just got sick of hearing me bitch about [politics]. Of course, in retrospect, a lot of people were sick of hearing me bitch because they were fucking entitled and didn’t think it was going to get this bad. But it was really taking over my life. I couldn’t work. I couldn’t sleep. I couldn’t eat.”

But she’s back! And showing off her assets for a good reason, to make sure “every vote is counted.” While the message is serious and some fans might clutch their pearls over her naked body, Handler is aware and has a sense of humor about who might not want to see her boobs, her family members. “My apologies to my nieces and nephews,” she wrapped up her Instagram caption. Although, they’re probably accustomed to Aunt Chelsea’s antics by now.

Before you go, click here to see all of the celebs who got totally naked on camera.