Leave it to Matthew McConaughey to have to final word on Jennifer Aniston and Brad Pitt’s relationship. Fans are looking at this couple like it’s 2002 all over again, and on Watch What Happens Live with Andy Cohen Thursday, the Greenlights author agrees that the chemistry is still there. All three of the celebrities appeared on the Fast Times at Ridgemont High live read in September and well, McConaughey had a few words to say about Aniston and Pitt’s meet-cute.

The aforementioned exchange happened before the live read and their characters’ hot-steamy interactions during the read, set the internet on fire. Would the divorced couple ever reconcile?

Here’s where McConaughey weighs in on the sexual tension between the two celebs. If McConaughey sees it, then maybe there is a chance this could actually happen?

“Could I feel the heat through the screen of Brad? So palpable. Yeah, yeah, it was so palpable,” he laughed. Just as our happy bubble of love was filled, McConaughey bursts our hearts into a million pieces with a more realistic look at the situation.

“I noticed that after, that a lot of the topics were about that, or about them,” he concluded. “No, I actually didn’t notice anything through the screen, but that made for a good topic the next day.”

It’s just a reminder that Aniston and Pitt may have a warm friendship behind the scenes, but let’s not forget the tumultuous history of their marriage — it was a love triangle that the press hung on to for over a decade. So while it’s nice that they have come to a peaceful place in their lives, the only heat score we will see from Aniston and Pitt is in a script or in our heads. 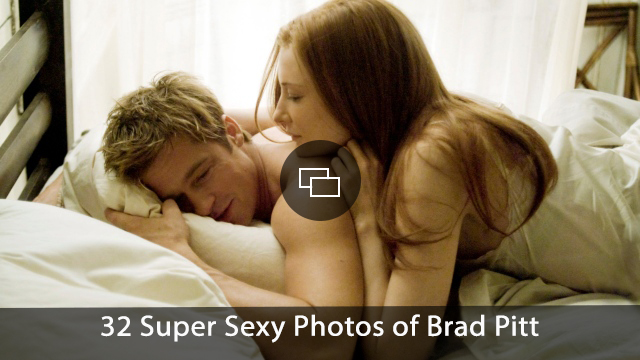