Congratulations! Blake Shelton and Gwen Stefani are engaged! The pair revealed the exciting news Tuesday in an Instagram post from Stefani, 51, who shared an adorable picture of herself with her new fiancé and a ring on that finger. According to People, the couple got engaged over the weekend in Oklahoma.

“@blakeshelton yes please! 💍🙏🏻 gx,” Stefani wrote beneath the photo she shared on Instagram.

The couple began dating after falling in love on the set of The Voice in 2015. The two connected over having gone through tough divorces and once they began dating, wanted to take things slow. “Blake has wanted to take his time with marriage,” a source told People in November. “But he is absolutely committed to Gwen. They both feel they’ve found their true partner in life and plan to be together forever.”

And over the years, Shelton has developed quite the relationship with Stefani’s three kids whom she shares with ex-Gavin Rossdale. “For a long time, it was awkward trying to figure out what my place is,” Shelton said after two years of dating Stefani. “The best part for me, selfishly, is discovering a part of myself that I guess I never really knew was in there,” he said of his fatherly role. “It’s definitely an instinct that kind of kicks in.”

Before you go, click here to see which other celebrities have married older women. 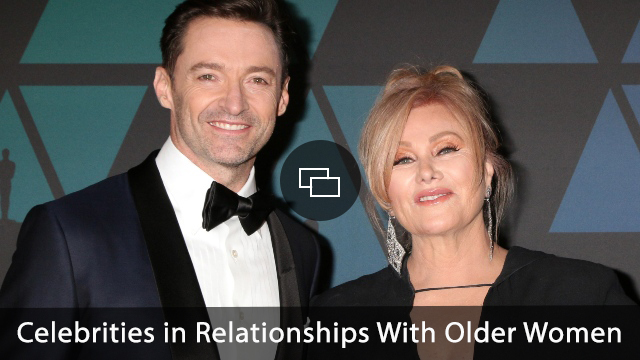