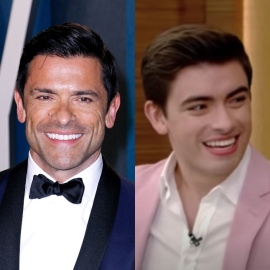 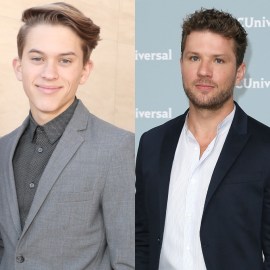 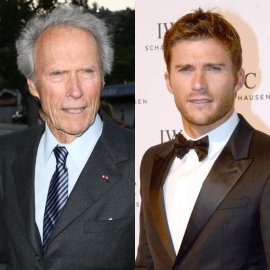 These Celebrity Sons Look Just Like Their Fathers 12 Images

For the release of his new memoir, Greenlights, Matthew McConaughey’s family made this sweet treat to continue their week-long celebration. His wife, Camila Alves McConaughey, shared a rare photo on Instagram with their 12-year-old son, Levi making sugar-free chocolate chip cookies in honor of the occasion. And the cute pic confirms that the actor’s son looks incredibly similar to his famous father.

“The look on our faces says it all..the BEST SUGAR FREE chocolate chip cookie skillet recipe from our friend @roccodispirito! 🍪🎉” she captioned the post. “It’s been a week full of celebration with @officiallymcconaughey’s #Greenlights book release so we had an excuse to make this amazing dessert. Judges at home give it a 10/10! Linked the recipe in my stories so you can all try it now!”

The couple also shares two younger children together, Vida, 10, and Livingston, 8. The How To Lose A Guy In 10 Days star recently revealed that, with many career accolades, his biggest life goal over the past few decades always was to be a father. In an interview on the Dr. Oz Show, the actor explained that being a parent was his greatest ambition since he was only 8 years old.  “In my 8-year-old mind, the common denominator, besides respect for elders, of why I was saying ‘sir’ to them, was that they were all fathers,” he said when speaking with Oz. “Oh, that’s when you’ve made it. Oh, that’s the pinnacle of life. That’s success.’ I knew from that day on I wanted to be a father.”

The actor and model married back in 2012 after five years together. They started dating in 2007 and had two children, born in 2008 and 2010, respectively, before tying the knot.