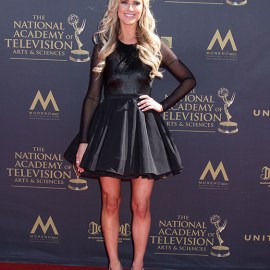 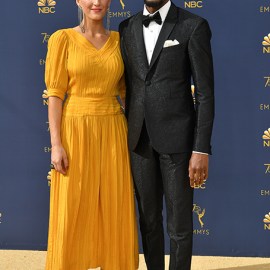 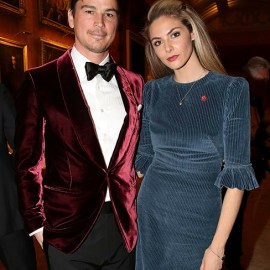 We love it when music videos feature a surprise appearance by the artist’s significant other. It’s sweet to see a real-life couple playing one on screen, too. Honestly, we just love, love. And with the way this year has gone, with all of the upsetting celebrity breakups we’ve already endured, frankly we need this this kind of PDA — which is why we’re welcoming this new video from country queen Miranda Lambert. Back in February 2019, Lambert announced her secret wedding to Brendan McLoughlin. Since then, the couple has kept their relationship pretty private — until now. And boy, Lambert went all out in showing off her hubby in her new “Settling Down” music video. (One word: abs.) Take a ‘lil peek:

Shirtless husband promo volume 5 is coming for y’all tonight in the “Settling Down” video 😏 I’ll be doing a live Q&A on @youtube at 6pm ET before the video premiere tonight! Link in bio to join. 📸: @_blythethomas

“Shirtless husband promo volume 5 is coming for y’all tonight in the “Settling Down” video 😏” wrote the Grammy singer. Smart move!

Lambert is living all of our dreams in this video, which begins with her riding a horse in a flow-y blue and white dress as McLoughlin leans alongside the door frame in a charming black and white suit. Infatuated with the view, her husband watches her gallop through the field like an actual princess. We also see her blissfully writing lyrics in a notebook near a lake, wine in hand. Across the water is none other than her swoon-worthy husband playing a fisherman. No fish were harmed in the making of this video, but I think it’s safe to say he caught her (and our) hearts!

The two also share a sweet moment on a hammock stealing quick kisses. In the next scene, McLoughlin suddenly appears shirtless, which we were not expecting but are definitely not complaining about.

McLoughlin’s appearance marks the first time the country singer has included a love interest in one of her music videos, but it’s not the first time she’s shown off her handsome hubby:

Make hay while the sun shines y’all! ☀️ Thanks @t_man_photo and Jerry for gettin the pony’s all fed for the winter #haygirlhay #shirtlessfarmhusband #yourewelcome💙 #farmfresh #johndeeregreen #hayday

“Make hay while the sun shines y’all!” she wrote. All we can say is, more please!

Before you go, check out our gallery of the celebrity couples with the best meet-cute stories.