Quitting smoking is never an easy process for anyone — even (especially?!) supermodels. But in a recent Vogue interview, Naomi Campbell revealed that she has kicked the bad habit during her time in quarantine. Being human, she also admitted to a bit of a relapse (writer Afua Hirsch notes that Campbell brings “a packet of cigarettes” to the kitchen table where they conduct their interview), and her reason for doing so is truly heartbreaking: a friend of hers died by suicide.

“I stopped smoking during quarantine, but a friend of mine killed himself, and it really affected me,” she revealed to the publication for its November 2020 issue. “I called my guy in Israel — he’s great for sugar and cigarettes and addiction stuff — and we’re going to do a session. He told me to just get through this week first.”

Quarantine has brought Campbell further pain and loss, too, as her grandmother, Ruby, passed away at the age of 94 over the summer. Still, the supermodel has remained graceful throughout grief, calling on her grandmother’s lessons to find some ease and happiness during this trying time. “A lot of the things Grandma taught me as a child came into play in lockdown,” she said, before mentioning her superb cooking and cleaning skills.

Although she felt panicked making the trip from London to New York, she’s grateful she was able to share last memories with her grandmother prior to her passing. “I just knew I needed to get to her,” she told Vogue. “I was panicked to fly over, but I’m so grateful that I decided to come.”

Before you go, click here to see which other celebs quit smoking and how they did it. 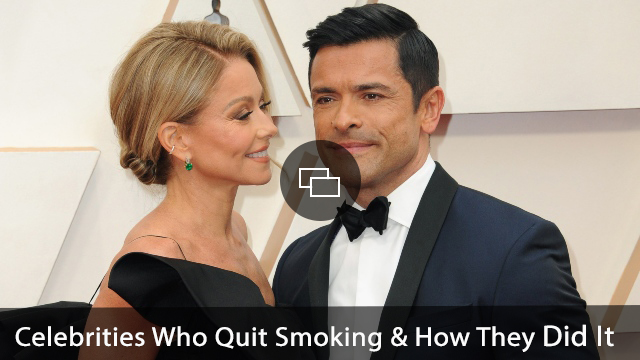