Carrie Fisher would have celebrated her 64th birthday on October 21 — and daughter Billie Lourd took to social media to honor her late mother with the most heartwrenching photo. The throwback picture features a young Fisher in a black maternity dress while she was pregnant with Lourd back in 1992. She’s sporting black flats and the most random food item, corn on the cob. Yet it’s the touching tribute that means so much. Lourd became a mother for the first time last month with son, Kingston Fisher Lourd Rydell. The baby’s middle name carries on the Fisher legacy.

It’s no doubt that as a new mom, the 28-year-old is feeling the heavy loss of her mother today. The thought that Fisher never met her grandson or saw Lourd have the special life moment as a parent is felt in the Instagram post.

A recent post on World Mental Health Day shows us yet another way Lourd is continuing to honor her late mom.  “At times, being bipolar can be an all-consuming challenge, requiring a lot of stamina and even more courage, so if you’re living with this illness and functioning at all, it’s something to be proud of, not ashamed of.”

Even Mother’s Day was a tough one for Lourd, just as she was on her way to her own journey of motherhood. She celebrated it in the best way honoring some of her mom’s favorite pastimes — movies, music and “a couple Coca-Colas with an aggressive amount of ice.”

What rings true in all of this is that Fisher is missed, not only by her Hollywood peers but to the one who matters most — her daughter.

Before you go, click here to learn more about Carrie Fisher’s legacy. 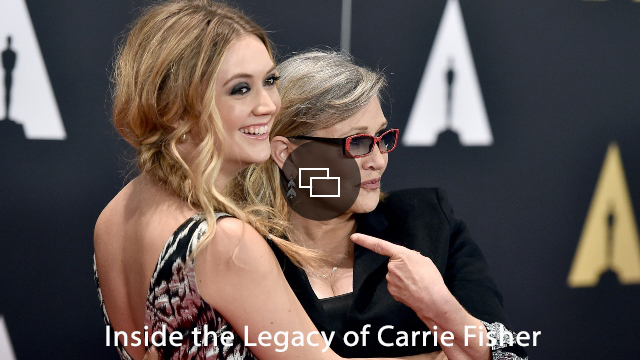