Matthew McConaughey has an incredible story to tell about his rise in Hollywood, but the moments are not always rosy. The Oscar-winning actor is sharing some of his dark secrets hoping to inspire others not to be defined by those hard moments. In his new memoir, Greenlights, McConaughey reveals his first sexual experience was not one of consent. At the age of 15, he was intimidated into having sex even though it went against his personal beliefs about sex before marriage.

A post shared by Matthew McConaughey (@officiallymcconaughey) on Oct 19, 2020 at 9:42am PDT

“I was blackmailed into having sex for the first time when I was fifteen. I was certain I was going to hell for the premarital sex,’ he writes. “Today, I am merely certain that I hope that’s not the case.” That’s a heavy burden to bear for anyone, especially while grappling with changing hormones, understanding what sexuality is, and figuring out what works best for their mind and body.

McConaughey also details another very dark moment in the memoir writing, ” I molested by a man when I was eighteen while knocked unconscious in the back of a van.” McConaughey is using his insights (or rather, “greenlights”) to let people know that those negative moments haven’t determined his outlook on life. His signature phrase, “alright, alright, alright,” has become an anthem for his laid-back, fun-loving personality in Hollywood. He also achieved his lifelong goal, which was not winning an Oscar, but to have a family.

“The only thing I ever knew I wanted to be was a father,” he shared. McConaughey’s wife, Camila Alves and their three children, Levi, 12, Vida,10, and Livingston, 7, are the highlights of his life. McConaughey hopes to empower others by sharing his tough journey from beyond the darkness. “I’ve never felt like a victim. I have a lot of proof that the world is conspiring to make me happy.”

Before you go, click here to see which stars were pressured to get naked on camera. 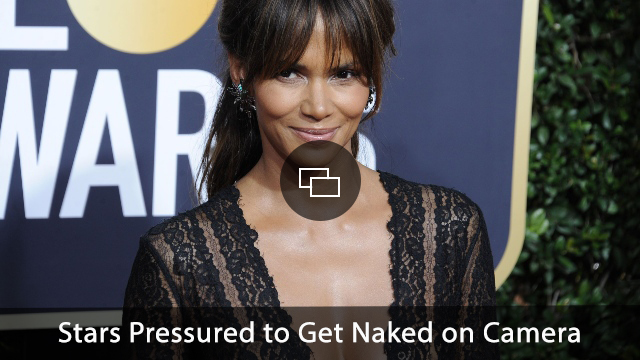