The fourth season of The Crown premieres on Nov. 15 and fans are eagerly awaiting. Why? Well, aside from the obvious reasons of just loving the show and wanting to see what happens next…season 4 will feature one of the most notorious love triangles of the 20th century: Princess Diana, Prince Charles, and Camilla Parker Bowles.

Emma Corrin has the huge task of playing “the people’s princess,” and has learned a few tricks of the trade about how to portray her. Even though royal fans know Princess Diana for her shy smile, Corrin started with the voice. She knew she could nail the way she spoke without even worrying about looking like her. “No matter what Diana is saying, it kind of goes down at the end,” Corrin told Town & Country, “It’s like a sadness.”

Once the 22-year-old actress got the role, she had six months to become the royal legend. That’s when the hard work really began and the transformation took place — it went beyond the iconic shag cut sported by Diana or even the signature wardrobe.

The new season of #TheCrown is full of twists and turns. Behind much of the drama is @joshographee, @emmalouisecorrin, and #EmeraldFennell, the front runners of season four. “It’s a legendary story, this one,” says Josh O’Connor, who plays Prince Charles—one third of the love triangle involving Camilla Parker Bowles and Lady Diana Spencer. He’s speaking not of the love triangle itself, but of the day of auditions that led to the casting of Emma Corrin, who plays Princess Diana. “Stepping into the casting room that day, she also had no experience acting on television,” writes @eholmes. “And yet she captivated the crowd.” Unlike O’Connor and Fennell, Corrin makes her Crown debut for the fourth season, which we catch a glimpse of in a trailer that was revealed mid-October. Read more from Holmes’s interview with the cast of the forthcoming season—as seen in T&C’s November issue—at the link in our bio. Photography by @Dannykasirye, styled by @stylistmikeadler.

Her secret vocal weapon was layered with learning how Princess Di moved. If you think it was as simple as learning her walk, think again. Corrin had a moment coach, Polly Bennett, to teach her how the princess leaned in a door frame (seriously!) to the animal she was most like. (Meow!) Even with all of the secrets to becoming Princess Diana, Corrin revealed that the emotional aspects were painful to live out even on-camera. “The coldness, the traditions, and the expectations of behavior… I don’t think she expected that,” Corrin said of the royal. “I think she expected to join a family.”

Life in the public eye wasn’t easy for Diana and that’s what makes her death even more tragic. Corrin understands that only too well.

Before you go, click here for iconic photos of Princess Diana that will always live on. 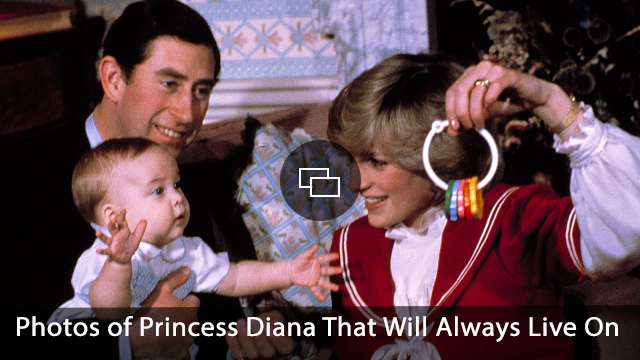