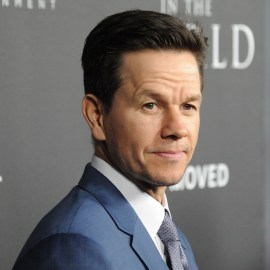 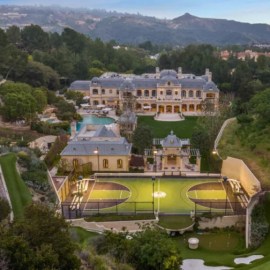 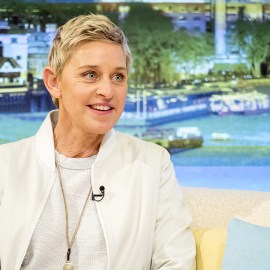 Meghan Markle and Prince Harry have only given us glimpses of their new life in Montecito, California. The pandemic and a very public split from their senior royal life gave them the bubble of protection they needed to get their house and business in order. How are things for the duo in America? It looks like things are going pretty well.

A sweet photo released for Time100 Talks was shared that puts those British tabloid rumors to rest — the couple is doing just fine. The black-and-white photo captures a candid moment of Meghan laughing while looking down at her casually posed hands. Prince Harry looks straight at the camera with a slightly playful grin. It’s as if the photographer caught the moment after Harry told a joke and Meghan responded to his mischief. The biggest takeaway from the photo is that they are relaxed and happy.

The Duke and Duchess of Sussex have shown a united front throughout their year of turmoil and are continuing with life outside royal protocol. The portrait is a perfect example of the work they have put in behind the scenes on their public and private life.

“Here is a man who’s very content and happy with his marriage, his family life, and thriving within his professional life,” Scobie said to Vanity Fair. “This is the moment he can sit back and think, ‘I made it.’ He has found his happiness.”

Even though the British media would like to downplay the duchess’ role in finding his voice, the couple has proven their major focus is family and philanthropy. They’ve found a way to become financially independent, thanks to a lucrative Netflix deal, and still, make a difference throughout the globe.

“In Meghan, Harry has met a woman who meets him on many levels,” said Scobie. “They share the same ideals and wishes for the world. Meghan gets criticized for a lot, but one can’t knock her authenticity when it comes to wanting change and giving back. This is more than a marriage. It’s a couple on a philanthropic journey together, with the same goals.”