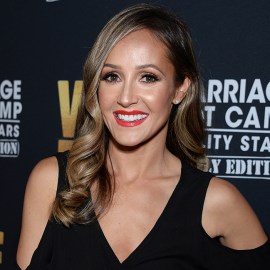 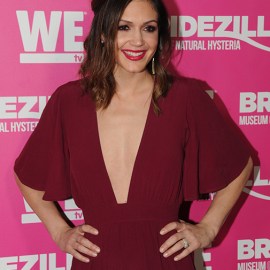 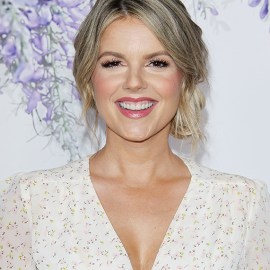 Bachelor Nation Has Spoken! Here Are the Least Popular ‘Bachelorette’ Women of All Time 10 Images

Tonight’s the night we’ve all been waiting for — and those of us who read Reality Steve have been waiting for a little harder. I’ve decided to watch Clare Crawley’s season with fresh eyes, as though between Peter Weber’s Bachelor season finale and this, the only information I had came from ABC’s increasingly cryptic promos. So, I’m going into Clare’s journey for love and first time meeting her contestants with an open heart. I’ll admit to this much: I’m eager to see Dale Moss and Clare meet for the first time. But beyond that, I’m keeping my mind totally open.

Within minutes of this opening, I’m shocked by how much they’re actually addressing coronavirus. This may be the first reality show I’ve seen do this in real time. Clare Crawley is filming herself in quarantine on her iPhone, first talking about how bored she is, then sharing about her mom who she can’t see because she’s in a care center for her Alzheimer’s disease. It’s very sad, and very real, and very much part of a whirlwind Covid montage that is hard to wrap my head around.

We cut to Clare doing her Legally Blonde weight routine in the hotel room at the Bachelorette resort while she “waits for the results of her Covid-19 test.” Chris Harrison obviously knocks on her door to announce the results like it’s a rose ceremony, announcing her as “100% clear” to go ahead and meet these men. I wasn’t expecting game show-style Covid results when The Bachelorette said they planned to address Covid, but maybe I should have.

I’ve been cleared by the CDC to deliver all test results from now on https://t.co/QyzhokxlS9

Next up, we meet the guys who also have to be tested, and whose emotional journey throughout that testing period we are also taken on. One guy who I immediately dislike makes a big deal about how great it is to take off his mask, which I know because all of the contestants are given free reign to film themsleves with iPhones, and ABC has included that footage. (For new Bachelor fans: this is unheard of! Cell phones are usually taken away day 1. But I guess quarantine is off-limits.)

Me tuning into #TheBachelorette: yay finally something that doesn’t relate to covid!

One contestant bravely announces that he’s leaving his child during this pandemic for longer than he’s ever left her to go on The Bachelorette. Can we speak to that child’s mom and find out just how noble she thinks he is?

Clare and Chris sit down for the big pre-show chat, which is when the host aggressively grills the leading lady or man about their contractual obligation to at least appear to be seeking an engagement at the end of this show. But Clare, no newcomer to the Bachelor world after four previous appearances on various series, is meeting Chris exactly where he is. She tells Chris that her recently deceased father made a video in the last few weeks of his life that he intended Clare to watch with her future husband. And she is going to meet that man on The Bachelorette. This woman can feel it in her bones.

She arrives to meet her contestants, and I want to say something nice about the dress. I do. Neutrally, I can say it has a lot of sequins. Clare’s beautiful and we can worry about her wardrobe later. Her first few contestants are both hot and not all white, two very important, bare-minimum boxes The Bachelorette has taken its sweet time checking. Though when 9 pm rolls around, I’m realizing I’ve only seen two Asian contestants. Bachelorette, really?! You were given such specific instructions!

Clare is watching each of these men go like she hasn’t seen a man in months, because that is literally the case. “It’s been quite the build-up,” she tells Chris Harrison, and any single girl in a city on lockdown will understand what that means. We get the usual round of gags as the men arrive: one does a James Bond bit. There are snacks, popcorn and moon cakes. One guy shows up in a giant hamster bubble. Clare is smiley through it all, even when one guy gets down on one knee and opens a ring box that releases a fart noise.

Oh. My. God. It’s Dale. He’s 31, a former pro football receiver. He hugs her, and picks her up. “We’ve waited a long time,” he tells her, and the way he says it really makes me think those rumors about them DMing while in lockdown before meeting are true. These are people who, at the very least, have lightly sexted. And Clare is feeling it.

All of the men except for Dale on Clare’s season after night 1 #TheBachelorette pic.twitter.com/M7yJSnZc7H

“We still get to spend some more time together inside,” Dale tells Clare, cool as a cucumber. They hug agin and she can barely stop herself from following him inside. As soon as he’s out of frame, she starts hyperventilating. “I definitely feel like I just met my husband,” she says to a producer. “I’m shaking.”

Chris Harrison steps out to check on her, and remind her that she has about 10 more men to meet.

“Everything else went dark around me,” she describes of meeting Dale, saying that she felt confident around all the other contestants and only nervous around him…which are not at all good reasons to bank on a long-term relationship, right? Am I crazy here? Wasn’t she explicitly saying like 20 minutes ago that she’d learned to stop chasing exactly this feeling?

Um, or here’s how Nick Viall put it.

Clare, is certain she loves Dale because she’s 39 and knows what she wants, but bases it on the same amount of information the average 17 year old does #TheBachelorette pic.twitter.com/8y2BSGZzFA

Chris Harrison is making faces like he’s thinking what I’m thinking and Clare is powering through by invoking her woman’s intuition, which, fair enough. “I just know. I’m 39. I know when I feel that feeling,” she insists. The final limo arrives, and there may as well be a thought bubble reading “Dale” over Clare’s head.

Clare starts sitting down to talk more with the men, telling one that she’s never really considered her own love life.”Always the bridesmaid,” she says, and I am truly barely paraphrasing. It’s a little hard to take from someone who has sought love on reality TV three times before, but okay. She gets real about her mom’s Alzheimer’s with a few contestants, tearing up as she describes having a pane of glass between them while she’s talking to Dale.

“I know what I’m looking for and I’m big on energy and vibes,” Clare says. Everything’s feeling right with Dale. These other guys are honestly toast, and yes, Reality Steve is gloating hard on Twitter. She and Dale bond over being empaths and I’m starting to think this scene was staged to make people not want to watch them on TV, just in case for some reason they stopped wanting to be on TV. Regular stuff.

Chris Harrison: you what? pic.twitter.com/mD4n49zDSQ

Wow. Clare is asked if she’s seen My Cousin Vinny and she says “…no?” in a way that both shatters this man’s heart to pieces and would cause every man I went to college with to roll their eyes at the TV in the exact same dismissive way. I will be playing it on loop until further notice.

Awesome, the guy whose opening line was “chivalry isn’t dead” is the first one to pick a fight, accusing another guy of having been flirting with other women while in quarantine. Shocking! You mean guys who fetishize outdated dating standards secretly preferred a time when they were allowed to do whatever the f**k they wanted in the name of chivalry? I’ll have to look into that.

Clare, following Peter Weber’s playbook, decides a quick sit-down with the three of them is the best way to squash this. Clare asks the allegedly DMing man whether it’s true that he’s been reaching out to women and copy/pasting “good morning beautiful” to Instagram contacts, and he says a lot of words, but weirdly the first one is not “no.” He says some more semi-shady stuff that Clare’s not totally buying, and I’m over this.

Clare sits down with contestant Blake and announces — claims, let’s say — that Blake is the only man who messaged her before filming out of all the contestants. She tells him that him taking that risk meant everything, and he gets the first kiss.

Clare: Blake was the only one who DM’d me.#TheBachelorette Nation: pic.twitter.com/TItIpugZ5B

Blake’s bubble is swiftly popped when she hands Dale the first impression rose and they make out, giddily kicked off by Clare refusing to let go of his face. Chris Harrison comes to take her away, and Clare admits she never got to speak to some of the men there that night. Those men quietly register that they are f**ked, and she goes off to make her rose ceremony decisions.

They build up the tension as the two men involved in the brief fight, new Tyler C. and Yosef, sweat bullets waiting for her decision. She gives Yosef her last rose, and Tyler C. takes his leave.