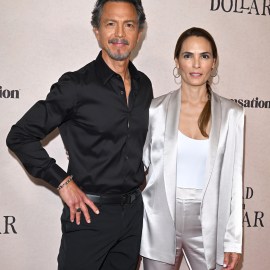 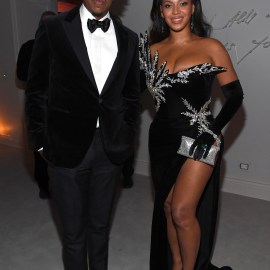 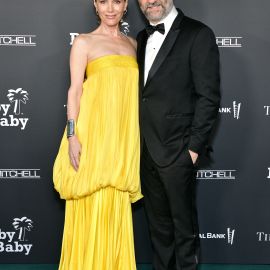 John Travolta’s love for late wife Kelly Preston lives on, and the Grease star found such a special way of honoring his late wife’s memory — and the memory of their love story and marriage — on what would have been her 58th birthday. Earlier this year, Travolta and his family announced the heartbreaking news that Preston had passed away after a two-year battle with breast cancer, ending a nearly three-decade marriage far too soon. As Travolta and kids Ella and Benjamin honor Preston’s birthday for the first time since her passing, it’s the memory of the love between Travolta and Preston that’s giving the new widower strength, and that’s exactly what his post celebrates.

Taking to Instagram, Travolta’s note to Preston is sweet and simple, two found photographs together. In the caption, he addresses his late wife: “Happy birthday hon! I found this photo of my mom and dad’s wedding. It was nice to see ours alongside theirs. All my love, John.”

I mean…I’m not the only one fully crying, right?

Happy Birthday hon! I found this photo of my mom and dad‘s wedding. It was nice to see ours alongside theirs. All my love, John.

Travolta and Preston met in 1989 on the set of The Experts, and both describe it as more-or-less love at first sight, even though Preston was married to Kevin Gage at the time (let’s call it a crush on her end). While Preston was first diagnosed with breast cancer back in 2018, the family kept her illness private and many were shocked to learn of her passing earlier this summer. Clearly, the family has needed to grieve their devastating loss in private.

By placing his wedding photo alongside his parents, Travolta’s message is clear: nothing is ever really gone while love lives on. And Preston was deeply, deeply loved.