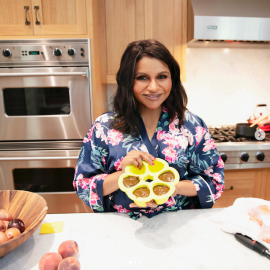 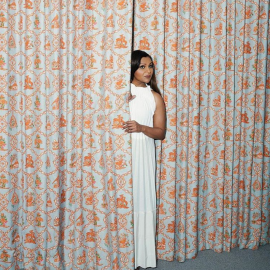 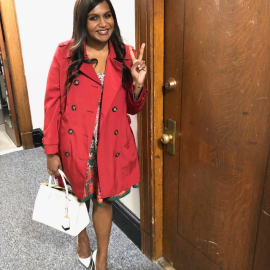 Congratulations, Mindy Kaling! And also, you are amazing at keeping secrets! While Kaling has hardly quieted down her social media presence in recent weeks (and thank goodness), there was quite a bit going on in the Kaling household about which we knew nothing — namely, the Mindy Project star’s second pregnancy, which ended with her welcoming baby boy Spencer early this September. Proud mom of two Kaling finally revealed the news on The Late Show with Stephen Colbert, and we’re so impressed that the ever-chatty TV star managed not to drop a word of this before Spencer was born. Honestly, that restraint ought to tell us something: that Mindy wants the public opinion far, far away from her pregnancy. So let’s keep it there, k?

Related story All the Stars Who Welcomed Babies in 2020

Kaling’s son Spencer will be joining her daughter Katherine (nicknamed Kit), now age 2. Colbert had clearly arranged for her to break the pregnancy news on the show, and prompted her for the big reveal when mentioning how she’d spent her quarantine.

.@mindykaling joins @StephenAtHome on #LSSC tonight and she has the best kind of news:

“I’m telling this for the first time, it feels so strange. I gave birth to a baby boy on September 3,” Kaling said. “This is news to a lot of people, it’s true.”

Things we’re excited for: photos of Kit meeting the new baby. Photos of all baby Spencer’s first milestones! More full-family cuteness with Mindy and her two kids, maybe some more dogs. Things we’re not excited for: invasive questions about how Kaling got pregnant, who the father is, and how she managed to keep it out of the spotlight — unless, of course, those are things she feels like telling.

Let’s take Kaling’s super-secret pregnancy super-seriously here, especially since she’s a star who usually likes sharing so much with the world. If Mindy Kaling says she doesn’t want to talk about it, you can believe her. And the message we’re getting loud and clear here is that Kaling’s pregnancy journey is for her alone.