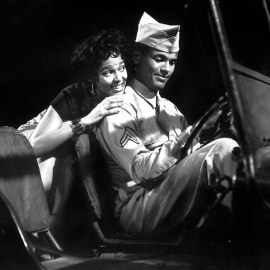 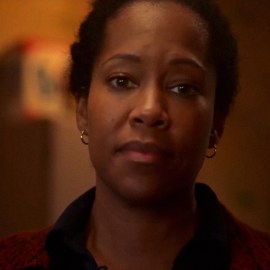 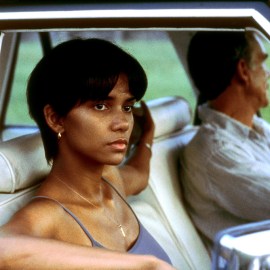 When the sexual assault accusations against Bill Cosby began rolling in, the public shock was palpable, these new stories so at odds with the public persona we’d come to know. When processing a shock like that, there’s a human instinct to deny, and continue living in the reality that feels more comfortable — an instinct that made it all the riskier for these women to come out, knowing what it would cost so many to believe them. And while Cosby was sentenced to three to ten years in prison in 2018, not everyone does believe his accusers to this day: The Cosby Show‘s Phylicia Rashad very publicly among them. In a new Bustle interview, Rashad doubles down on her previous skepticism regarding the accusations, further alleging a connection between Cosby’s case and false accusations of sexual assault against Zora Neale Hurston in 1948. We agree with Rashad 100% that this world has many ways of tearing down Black people who achieve great success, up to and including attacking their reputations — but can she really believe that the conspiracy theory she outlines explains what happened to Bill Cosby?

As matriarch Clair, Rashad was as indelibly linked with The Cosby Show as Bill Cosby himself for a time, and she recalls the years spent working on it as “a high, high time,” adding that “it gave people in the world a lot.”

That reply makes answering a later question complicated: how she feels about viewers who say they can no longer enjoy The Cosby Show in light of revelations about its star. The actress has defended Cosby outright in an ABC interview in 2015, and she can’t quite resist going there in light of the idea of the show losing its meaning to old fans.

My whole life, I have looked up to this woman. Words cannot express the level of gratitude I have for her as a mother, for her as her own woman in this world. Infinitely grateful to be a branch on this divine Feminine tree of goddesses ✨ 🌳✨ To every mother in the world, Happy happy Mother’s Day 🙏🏿💜🙏🏿🌙ola #mothersday #happymothersday #appreciation #honor #mothers #divinefeminine #manifestation #family #familytree #lineage #roots #gratitude 💜💜💜

“I don’t know why anybody would feel that way,” she tells Bustle. “I just don’t accept what somebody says because they say it, and they say it in a loud voice. The internet has given a lot of anonymous people a very loud voice. And this too has happened before.”

“Zora Neale Hurston died a pauper,” Rashad continues. “And do you know why? You should do a little research on that. You should go back and look at some charges that were brought up against her that didn’t make any sense. And look at what happened when the judge had thrown out the case, but it had gone through [Black magazines], through this step and the other, and her books were taken off the shelf.”

Per The New York Times, Hurston was falsely accused of sexually abusing her 10-year-old son in 1948. She was indicted, but the case was later thrown out, having had no real basis. Nonetheless, Hurston’s career never recovered — and Rashad seems to be implying here that accusations against Cosby were made hoping for a similar effect.

“I know what I know, and I just stay with what I know,” Rashad says. “And it will happen in time, that this will come around another way, as it often does. And then people say, ‘Oh.'”

In my experience, that “oh” more often tends to come after years of overlooking predatory behavior — not years of believing women who come forward. As always, I’ll make the standard plug that, per the National Sexual Violence Resource Center, the prevalence of false reporting is between two and ten percent. Compare that to the staggering estimate of 63% of assaults that are never reported to the police at all, and hopefully, you’ll understand why it’s so heartbreaking every time we have to have this conversation.

Rashad has enormous power and privilege by virtue of her platform. I personally hope she’ll reconsider using it to cast doubt on accusations of sexual assault.