Like many other couples, Jennifer Lopez and Alexander Rodriguez’s wedding, which was initially planned for the summer of 2020 in Italy, was postponed due to the Coronavirus pandemic. However, The Hustlers star’s daughter, Emme Mirabel might have just revealed some new details on the much-anticipated nuptials.

On E! Online‘s episode of Daily Pop released Monday, the 12-year-old revealed that she may be singing at the event in a discussion with the show’s host, Justin Sylvester.

“That is a good question,” Muñiz said. “Well, one song that I think I would sing is a song that connects me and her.” She quickly disclosed that You Are My Sunshine would be her tune of choice. “She sang that to me every day when I was little when I was going to sleep,” the On The Floor artist’s daughter continued. Ultimately, though, her final decision, is that she’s “thinking of a song that would also connect [Jennifer] and Alex.

And the tween is no stranger to the stage. During Lopez’s performance at the Super Bowl Halftime Show in February 2020, the entertainer’s daughter joined her mom on stage while singing her iconic hit, Let’s Get Loud.

Right after the event, the duo spoke with The Today Show‘s Hoda Kotb about this milestone experience. “Was your heart in your throat?” Kotb asked referring to the moments before entering the stage. “I was walking to the stage, it was scary, but when I got up there everything was fine,” Muñiz replied. “Her mom reassured her prior to the television moment and explained that all her daughter had to focus on is “you and the camera with the red light on it.”

After handling this highly-watched performance, it seems like the 12-year-old artist is ready for the wedding’s stage.

Before you go, click here to see a complete timeline of Jennifer Lopez and Alex Rodriguez’s relationship. 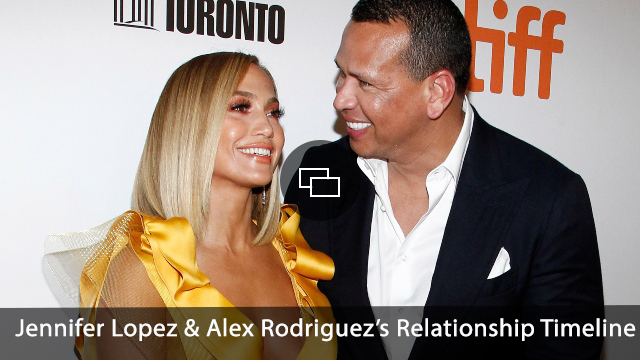