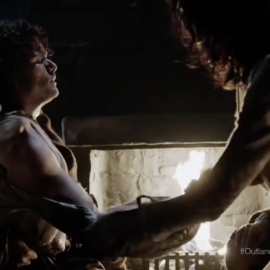 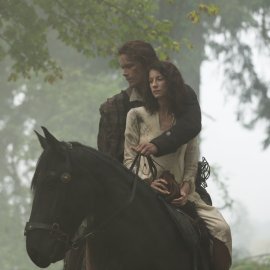 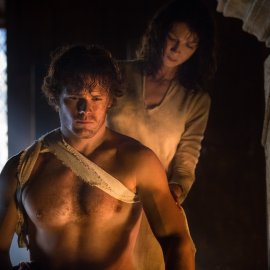 Did Sam Heughan and Outlander fans just give Caitríona Balfe a lot of trees for her birthday? Why, yes they did. A group of fans got together and decided to plant 41 trees in honor of Balfe’s 41st birthday. Soon that grew into 410 trees. When Balfe became aware of the thoughtful, earth-friendly campaign, she promised to match the donation when it hit 5,000. Is that sort of like Balfe giving herself a birthday present? Well, maybe, but she’s really giving it to the EARTH). You’re welcome, environment. Greta Thunberg would be proud.

Balfe’s co-star Sam Heughan, never missing an opportunity to support his co-star or highlight their amazing fans’ generous support of their charities, quickly jumped on the Balfe tree train. The number of trees quickly grew from to 2,500, to 4,000 and today, it has surpassed 30,000 trees. Fans quickly coined the term “Balforest.”

Heughan exclusively told SheKnows, “I’m thrilled to see an outpour of Outlander fans banding together to support global reforestation efforts with One Tree Planted. Caitríona is a huge advocate for the environment, and it’s fantastic to witness how she inspires others to get involved and make a difference.” He continued, “When I noticed the campaign rapidly gaining traction, I knew I had to jump in on the action! I’m really excited to see what the final number of trees being planted will be.”

So time will tell how many trees Heughan will drop in the Balforest. So much wood. Who knew this shot from Season 4 would come true: Jamie and Claire looking out at all the trees they own.

So how did fans come up with this campaign idea? Balfe is well-known for her charitable work, including environmental causes, and follows One Tree Planted on Instagram. Fan Ashley Holle, who led the effort, said it inspired them to create #ProjectCaiTREEna. Well-played, fans. Not only good for the environment, but a great way to tell people how to pronounce Balfe’s name correctly.

In an Instagram story, Balfe shared the tree campaign and joked, “I’m turning 410, although I don’t look a day over 370.” She’s got jokes, that b-day tree queen.

According to the campaign website, “funds that result from this fundraiser will plant trees with One Tree Planted around the world to help restore California after wildfires, protect biodiversity in the Amazon, support women’s empowerment in Rwanda, and more.”

If you’d like to donate some Balfe trees ($1 a tree) and help grow this Balforest, visit #ProjectCaiTREEna at One Tree Planted. This gif seems appropriate now. Sorry! Some gifs cannot be missed. Okay true, different forest.

Some good news for fans: Outlander goes back into production for Season 6 in January 2021. (Although, yes, that means Droughtlander will last deep into 2021. We’re fine. Fine. Nothing’s wrong. Totally taking this news like normal people.)

Here’s a little Outlander tree flashback. Say what now? Oh look Jamie and Claire love trees too, they spent most of season 4 cutting them down to build their house.

So in conclusion, watching Outlander helps the environment. Go ahead, fight me —  30,000+ trees later you can’t.