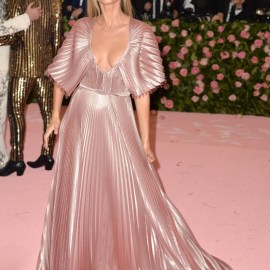 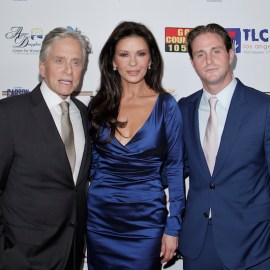 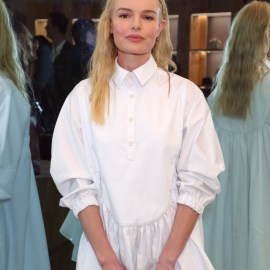 Zoë Kravitz’s parents Lenny Kravitz and Lisa Bonet may not be together anymore, but they still have a ton in common. They’re both incredible artists, they both put Zoë first, and they both fell head over heels in love with Jason Momoa the first time they saw him. Okay fine, we’re exaggerating a little on that last point — but honestly, not by much. Kravitz, who has of course been living out of a weekend bag on a beach in the Bahamas throughout lockdown, recently opened up about his legendary friendship with ex Bonet’s new husband Momoa, and we’re starting to think the Cosby Show star has some competition for her man’s affections! Kravitz, with all the ineffable chill you can imagine, laughs off the idea that he wouldn’t be friends with the mother of his child’s new partner. But he also makes it clear that Momoa in particular was someone he’d want in his life either way.

The way Kravitz puts it, he couldn’t imagine a world where he didn’t stay close to Bonet, whatever that entailed. But he’s also honest that creating a new relationship dynamic was far from effortless.

Cover of @menshealthmag November 2020. Read the full story at link in bio. 📸: @markseliger

“People can’t believe how tight Jason and I are, or how tight I still am with Zoë’s mom, how we all relate,” Kravitz tells Men’s Health. “We just do it because that’s what you do. You let love rule, right? I mean, obviously, after a breakup, it’s work — it takes some work and time, healing and reflection, et cetera.”

Now, no one can say what would have happened if Bonet fell in love with someone Kravitz truly couldn’t stand. But to hear him tell it, that could be further from what happened.

“As far as Jason and I? Literally the moment we met, we were like, ‘Oh, yeah. I love this dude,'” Kravitz recalls.

Are you picturing it? Because we’re definitely picturing it. Kravitz and Momoa vibing within minutes of laying eyes on each other proves a few things we know to be true: Lisa Bonet has impeccable taste in men, Jason Momoa could probably win over a tree stump, and Zoë Kravitz has one of the coolest blended families of. All. Time.

Just saying — we’d listen to a Red Table Talk from this family any time.