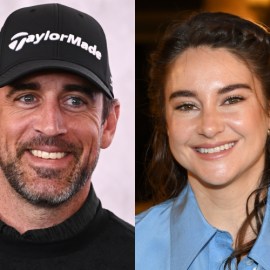 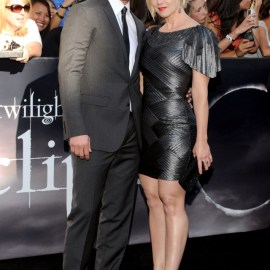 All the Celebrity Splits & Divorces We Never Saw Coming 51 Images

Kelly Clarkson has told us repeatedly that, due to her young kids Remy and River Rose, she will not be going into quite as much detail about the reasons for her sudden split from Brandon Blackstock as she might otherwise. But with this latest twist, we’re seriously hoping Clarkson will loosen that policy — because things are way more complicated in the Clarkson-Blackstock world than we ever could have guessed. Just a few short months after Clarkson filed for divorce from Blackstock, her husband of seven years, Blackstock’s father Narvel filed a lawsuit against the singer for $1.4 million allegedly owed to his company Starstruck Management Group. Because yes, Clarkson’s manager is in fact both her ex father-in-law and the person who introduced her to now ex-husband Brandon. And we just have so. Many. Questions.

Related story 28 Most Important Celebrity Lawsuits Over the Years

Here’s what we know about the lawsuit itself: per Variety, the complaint claims that Clarkson has not paid her full commission fee of 15% to Starstruck for her work this year on The Kelly Clarkson Show and The Voice. The catch? Their agreed-upon commission rate was set via phone call 13 years ago, and doesn’t exist in writing. But Starstruck claims Clarkson has breached an oral contract.

All smiles cause Season 2 of the @kellyclarksonshow‬⁩ PREMIERES TODAY!!! 😍🥰 #KellyClarksonShow

“Over the course of approximately 13 years, Starstruck developed Clarkson into a mega superstar,” the complaint states. “By way of example only, Starstruck was instrumental in helping Clarkson achieve success in terms of numerous hit albums, multiple Grammy wins and nominations, her role on popular television shows like The Voice and her own talk show. Despite Starstruck’s hard work and dedication, Clarkson has decided she is going to stop paying Starstruck for what is contractually owed.”

Obviously, the timeline is important here (among many other legal factors). Did Clarkson file for divorce because of ongoing conflict over her management? Was this lawsuit the “unexpected” event of this summer she referenced on her talk show? And how exactly does Brandon feel about his dad suing his ex-wife three months after she filed for divorce?

The next episode of The Kelly Clarkson Show simply can’t come fast enough.

Before you go, click here to see all the celebrity breakups in 2020.