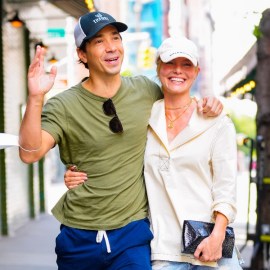 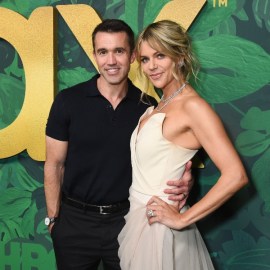 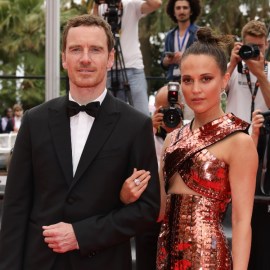 Hugh Jackman has been a mainstream movie star since the days of Wolverine — and unfortunately, he’s fallen prey to the same rumors that dogged so many of Hollywood’s leading men over the past decades. Essentially, as long as Jackman has been famous, he’s been followed by suspicions about his sexuality and whispers that he’s actually gay, despite his 24-year marriage to Deborra-Lee Furness. This kind of speculation was long fueled by a Hollywood culture in which actors didn’t feel they could come out without hurting their career prospects or fearing for their personal safety. But needless to say, it helps exactly no one to gossip about someone’s sexuality behind their back, and wife Furness has decided to set the record straight on all that continued chatter.

On a new episode of Anh’s Brush With Fame, Furness couldn’t help but laugh at yet another mention of these decades-old rumors.

“He’s been gay so many years,” she quipped in clips shared by The Daily Mail. “I was gay, too. You know when I did Shame? I was gay. They were shocked when I got married.”

Furness doesn’t know what kind of reaction those who spread these rumors are hoping to elicit, but above all else, she’s just trying to issue a correction on the state of things.

And that, according to Jackman’s wife of nearly a quarter-century, is that — so how about we leave it there? These kinds of rumors have gone on for way too long, when the reality is that the only thing you ever need to know about someone’s sexuality is what they want you to know.

When it comes to celebrity gossip, do unto others as you would have them do unto you. And if the idea of a group of strangers musing on what shape genital you like best icks you out, then maybe stop doing it to random celebs.

Before you go, click here to see which celebrity marriages are defying Hollywood odds.