All the Celebrity Breakups of 2020 34 Images

Mariah Carey and ex-husband Nick Cannon have been on quite the rollercoaster together — and in her new memoir, The Meaning of Mariah Carey, the singer opens up about her marriage to Nick and what went wrong.

The 50-year-old writes that wanting to have kids was one of the reasons she and Nick decided to get married in the first place, but then says the responsibilities took a toll on their relationship. “It was wonderful and fun when ‘dem babies’ were little…But along with double the joy came double the responsibility. It was a lot of work, and a lot of having to be home and be available. Making the necessary adult adjustments to being working parents in entertainment took its toll on our relationship, and the end of our marriage came fast, as it began.”

The Meaning of Mariah Carey $17.99 on Amazon.com
Buy now

Butterflies in my stomach but pride in my heart. Tears of joy for little Mariah whose story gets to be heard for the first time. I've been waiting for today my entire life. #TMOMC 📖💝

The former couple shares two children, Moroccan and Monroe. And Carey writes that her divorce was especially hard because she wanted to make sure things were right for her family. “Honestly, I think Nick and I could have worked it out between the two of us, but egos and emotions got inflamed (which can translate into many billable lawyer hours, and ultimately it did),” she wrote in the book. “It was tough. We both wanted to make sure everything was cool for our family. We will always be family, and we make it work.”

Despite no longer being married, the two have tried to maintain some sort of relationship. “We have fun, we reminisce, we joke. And we both are certain that Roc and Roe are indeed our light. Every day they give us new life.”

Before you go, click here to see which celebrities have admitted to struggling with co-parenting. 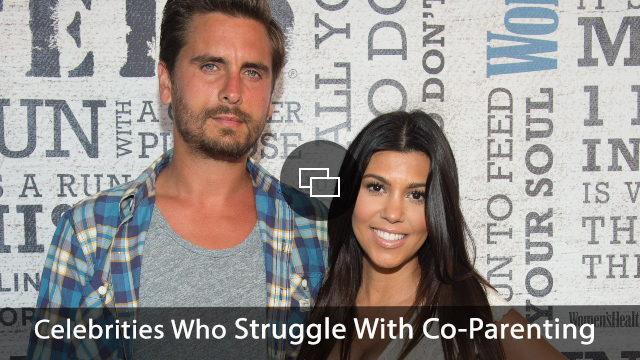