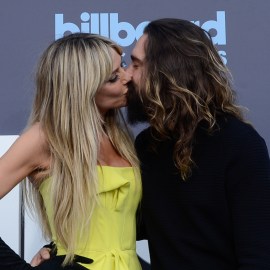 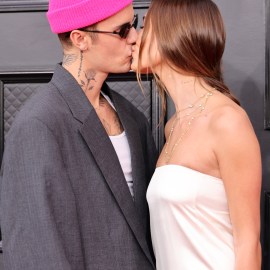 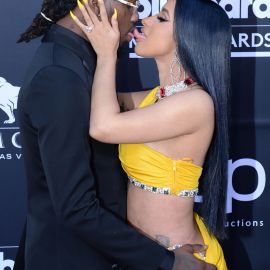 Oh, did you think that Candace Cameron Bure was going to back down from her stance on that PDA photo of her and her husband? Think again. After a pic of Candace and husband Valeri Bure in which Valeri is grabbing his wife’s boob caused a stir on Instagram, the Fuller House star initially defended her right to post it, clarifying that she had no reason to apologize for the post no matter what comments to the contrary, largely from conservative Christian fans, might suggest. Now, Candace is doubling down on why that photo wasn’t just unobjectionable. It’s also a good reminder that marriage doesn’t mean the end of a hot and healthy sex life — one reason Candace suggests her and Valeri’s own marriage has lasted so long.

Candace gave a little more context for why she’s such a fan of this photo of her and Valeri, and what she thinks it says about their relationship.

“This is just how my husband and I are. You know, we adore each other and we still have fun and we’re spicy together,” she told Fox News. “We have a playful, loving marriage and I think that’s why we’re still married 24 years later. But I did respond because I always get bummed out when people have been married for so long and then I feel like the joke is always like, ‘oh, we’re married – so that means we don’t have sex anymore.’ And it’s kind of like that a lot.”

“I’m like, hey, guys, if you’re complaining about the picture, maybe you might hope that your marriage is actually a little spicier than it is,” she added. “But this is part of our healthy marriage…I had no shame in posting that picture. You know, nothing was exposed, I didn’t think it was immodest. It was just two people having fun and we’ve been married for 24 years, but together for 26 years. So I just am like, hey, the playfulness doesn’t stop just because you’re married.”

Amen to that! We certainly weren’t offended by this playful pic, and it is truly ~annoying~ to still be putting up with the running gag that marriage is a sexless prison. Sex-positive warrior Candace is here to affirm that marriage can stay “spicy” as long as you want it to, and there’s nothing wrong with that at all.

Before you go, click here to see all the stars who got naked for a movie or TV role.