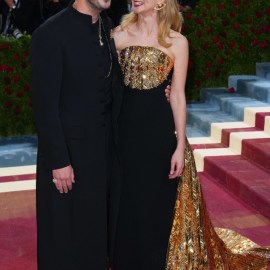 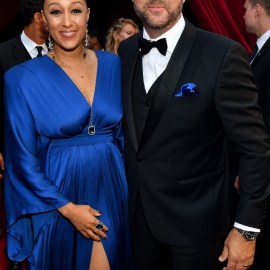 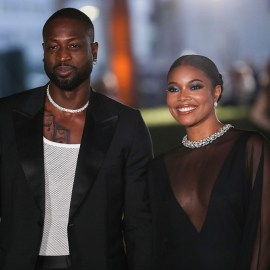 But if twinning photos aren’t enough to convince you, what about similar(ish)captions? “now ya know… ♥️🦶🏽” the Die Another Day star wrote beneath her effortlessly chic photo. Then, not long after her post went up, Hunt captioned, “There you go…”

Comments started rolling in. “Wow loved van hunts music for 20 plus years, great musician, and such a cutie😍 you guys make a great couple!!” one fan wrote. “So happy for you Halle, you are so deserving of unconditional love❤️,” another commented.

On August 14, the actress celebrated her 54th birthday and posted a photo that got people wondering, who is this mystery man Halle is dating? The photo is of Halle’s feet, yes, feet. But, there’s also another pair of feet in the photo…and they are touching. Intertwined feet. “Waking up Vegas! ☀️ Thank you for all the beautiful birthday wishes from my friends and my very supportive and loyal fans! You ALL helped to make my birthday extra special ♥️,” the star captioned.

So, it’s rather obvious she’s in bed with someone here. Someone with feet. But who? Well, the actress posted a pic of her feet intertwined with another pair of feet just a few months prior — and while they look like the same feet to me, I’m no expert.

I call for a foot confirmation from Halle, how about it? Until then, we can join fans in assuming these two are in fact an item. After all, Halle’s heart emoji was very telling.