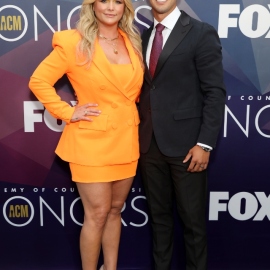 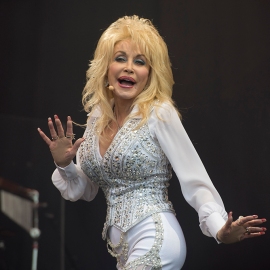 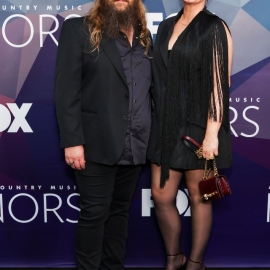 Tonight’s 55th Academy of Country Music Awards are, by necessity, different from every year before — there’s no audience, no press-filled red carpet, and, while the ACMs are live, they’ve been staged across three locations for social distancing safety. But like we said, these are changes they had to make, not ones they wanted to. And that makes us appreciate all the more the stars who went out of their way to make sure that this year’s awards would be like others in at least one way: the fashion. No surprises here, but country music’s female stars carried the carpet looks tonight in a major way, from Kelsea Ballerini’s Dolly Parton-inspired sequined look to Taylor Swift’s demure, autumn-toned ensemble. Here are all of country music’s best dressed celebrities at the 2020 ACM Awards — and no, none of that rolled out of bed and into my flannel nonsense made it through.

Kelsea Ballerini’s leopard print, sequined dress was too much in all the right ways — who knew that buckles that big were back in style?

Can I get an "AMEN" 🙌🙌 @KeithUrban and @Pink were absolutely amazing. The party is still going over on @CBS! #ACMawards pic.twitter.com/M3wG24EKJX

Pink was country-rock fabulous in a long floral dress topped with a leather jacket for her duet with host Urban.

Thank you @trishayearwood for the beautiful In Memoriam performance at the #ACMawards, live now on @CBS. pic.twitter.com/Mkvv8CAP8X

Trisha Yearwood’s sequined gown and flowing curls served up Southern belle meets old Hollywood, and were the perfect backdrop for her stirring performance of “I’ll Carry You Home.”

Pregnant, glowing, and making history all at once, Mickey Guyton’s performance of “What Are You Gonna Tell Her?” was so fabulous we almost didn’t notice she’s also rocking one of the best gowns of the night.

Blake Shelton and Gwen Stefani couldn’t make it all the way to Nashville, but Stefani’s all-white denim over fishnets, and that lipstick? A punk-country dream.

Carrie Underwood blessed us all with a performance of “Before He Cheats” in a stunning gold dress with matching platform heels.

.@CarrieUnderwood brought the house down with her showstopping #ACMawards performance! Turn on @CBS now and don't miss any more of the show! pic.twitter.com/UAWPiZ0c1H

But she wasn’t done yet — next, the country legend blessed us with a sweet pink tea-length number while she channeled Dolly Parton, Reba McEntire, Patsy Cline, Loretta Lynn, Barbara Mandrell, and Martina McBride.

.@taylorswift13 just showed up at our party #ACMawards ❤️✨ pic.twitter.com/AWPS7oJkCm

Taylor Swift’s global debut performance of “Betty” comes tonight and she looks every inch the part in fitted trousers and her classic red lip.

Miranda Lambert’s denim top wasn’t just apropos for her rendition of “Bluebird” at the “Bluebird Café,” but the Female Artist of the Year nominee (among other nods of the night) celebrated old-school honky tonk style with signature Western fringe and a wide sparkly belt.

Before you go, click here to see the most over-the-top VMAs looks in MTV history.