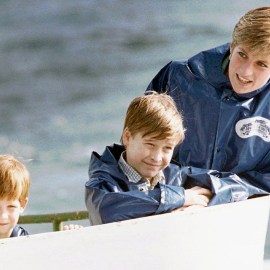 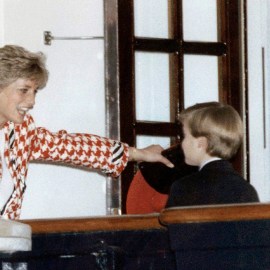 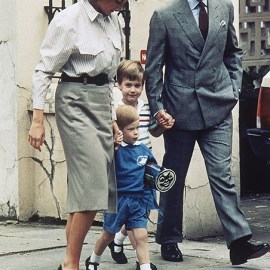 It’s been a tough year for, well, basically everyone. And it certainly started off rocky for Prince Harry, as he and Meghan Markle officially stepped down from their duties as senior royals. But today, on Harry’s 36th birthday, royal experts say the Duke of Sussex has finally found true happiness and is “thriving” on all fronts in his new life in the United States. Making the success even more poignant? Harry is now the age of Princess Diana when she died.

Royal expert Omid Scobie — co-author of the bombshell royal biography Finding Freedom — spoke with Vanity Fair in an interview published on Tuesday about Harry’s newfound fulfillment. “Here is a man who’s very content and happy with his marriage, his family life, and thriving within his professional life. This is the moment he can sit back and think, ‘I made it.’ He has found his happiness,” said Scobie, going so far as to say Harry is “happier than ever.”

Ingrid Seward, royal commentator and author, agrees. “He can celebrate his birthday on a high,” she told Vanity Fair. “He’s embracing his new life and everything is an adventure right now. He has moved on very quickly, and I don’t think he misses his old life at all.” It doesn’t hurt, though, that Harry seems to have also finally reached a good place with the rest of the royal family. He reportedly routinely video-chats with Queen Elizabeth II; maintains a close relationship with his father, Prince Charles; and is even back in regular touch with Prince William.

According to Scobie, Harry’s happiness is the perfect example of the stars aligning.

“I would call it destiny,” he said. “This is a man who said he wanted to continue his mother’s work. We’ve long mourned Diana’s place on the humanitarian landscape, and here we have Harry, who embodies her values and is willing to dedicate his life to them. He’s at an age now where he’s taken that baton and is able to run with it in a way that he would never have been able to do within the House of Windsor. That’s very powerful and exciting.”

The fact that Harry has Meghan with him on the journey only makes it more impactful. “In Meghan, Harry has met a woman who meets him on many levels. They share the same ideals and wishes for the world,” Scobie said, calling their marriage a “philanthropic journey.”

🎂 🎈 Wishing The Duke of Sussex a very happy birthday!
.
📸 The Queen and The Duke during a Queen’s Young Leaders reception at Buckingham Palace in 2017. pic.twitter.com/M992gwGfjE

It goes without saying that if there is one person in this world who would have understood and appreciated Harry getting to this place of peace, it would have been his mom.

“Diana often spoke about wanting to move to America. Harry’s actually done it,” said Seward. “I’m still surprised, though, that Harry has left Britain. I know he has always hated the media and quite often hated being a prince, but I never thought he would leave his homeland… Having said that, with Harry it’s all or nothing, and it always has been. He doesn’t do anything by halves. He’s always done things differently.”

Before you go, click here to see the best photos of Diana playing with Harry and William.