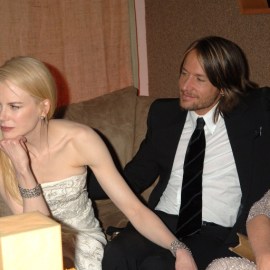 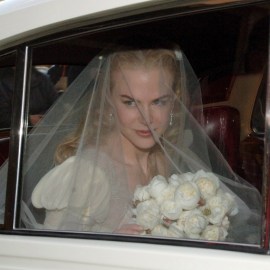 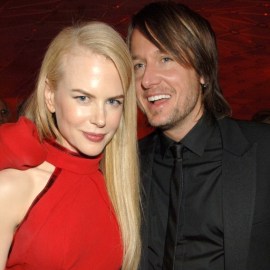 Upcoming ACM Awards host Keith Urban and wife Nicole Kidman are one of our favorite couples around, and the peek we’ve gotten into their home life with Sunday Rose Kidman Urban during quarantine has only made us love them more. Urban, whose upcoming album The Speed of Now, Part 1 was partly produced while on lockdown, has adopted a similarly rosy view of the potential silver linings to all this confinement — but he admits that it didn’t come easy. The star was frustrated, and just about ready to give up, but he adapted instead, hosting drive-in concerts, at-home live shows with Kidman acting as backup dancer, and finishing up his album with some brand-new inspiration for his lyrics. And Kidman isn’t just Urban’s lifeline for their intimate Instagram shows. The singer says new song lyrics about being saved (like those in “God Whispered Your Name,” for example) absolutely reflect his marriage with wife Kidman, confirming that the Australian beauty was behind-the-scenes inspiration for this new album too.

Related story These Celebrity Couples All Have Significant Age Differences
Pre-Order 'The Speed of Now, Part 1' $11.49 on Amazon.com
Buy now

Urban told CBS News that his approach at the beginning of the pandemic was to “wait ’til the whole thing blows over.” But once he realized the end wasn’t coming anytime soon, he dug into what was happening, and wound up creating a good portion of his next album based on his life during lockdown.

“There’s a chunk of this record, probably a good third of it that wouldn’t have happened without what we went through,” Urban explained. “I would say I had 70% of the record finished. So, some of these songs came because of the times, from the times, and were even created during that period as well.”

Those who follow Urban on Instagram will know that part of “these times” in the singer’s home included Instagram concerts for fans with Kidman swaying along to her man’s tunes right alongside him. The singer jokes that his wife’s dancing is “not bad,” and explains how she got roped into the project.

“Because, you know, we wanna play, and I needed a guitar tech. So, you know, put my wife to work,” Urban quips. But he takes a softer tone when he’s asked about a few of the new songs on his album whose lyrics are about “how a woman can save a man” — like the lyrics of hit new single “God Whispered Your Name.”

When asked if that rings true for the singer personally, he replied: “Oh, yeah, infinitely true for me.”

Urban and Kidman celebrated their 14th anniversary this June, and this country music love story is only heating up as years go by. The Speed of Now, Part 1 doesn’t come out until September 18, but you can listen to “God Whispered Your Name” right now.