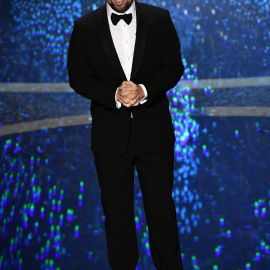 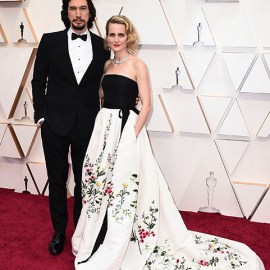 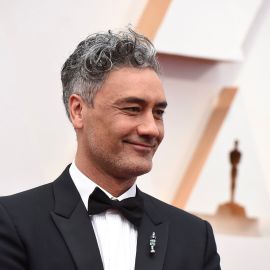 These Were The Hottest Dads at the 2020 Oscars 11 Images

The ‘Sexiest Man Alive’ is ready to relinquish the title. John Legend, soon to become a father of three, recently admitted to Meredith’s :BLACKPRINT that he’s ready to pass on his “Sexiest Man Alive” title to the next deserving male celebrity. The “Wild” singer opened up about what his year has been like as the reigning titleholder, and even offered up a suggestion for the next SMA pick. And let’s just say, we’d be on board!

“It’s been funny, it’s been humbling, it’s been all those things,” Legend said. “I’ve truly enjoyed just making fun of myself throughout it because you can’t take yourself too seriously when someone calls you the Sexiest Man Alive. It’s not a literal thing, and it’s not to be taken too seriously.”

We love a guy who can keep that kind of honor in perspective — and happily move on to the Next Big Thing (like, oh, you know, welcoming baby number three!). So who does Legend think could claim the title next? How about Game of Thrones star Jason Momoa?

Okay, Legend is not exactly offering up his own personal opinion or pick — “I don’t know, I do not know,” he said when asked who should get the title next — but he did float one name in particular: “Going by my Twitter mentions when I was named of who people said should have been picked over me, I got a lot of Jason Momoa,” he tells PEOPLE. “That’s the one person that stood out in the Twitter feedback.”

We certainly think he’d be deserving of the honor — and we bet Momoa’s wife Lisa Bonet would agree, although she might not take to social media the same way Legend’s wife, Chrissy Teigen, did.

I cannot WAIT for people to get mad about John being the sexiest man alive. it's my new Starbucks holiday cup

“I have fulfilled my dream of having boned @people’s sexiest man alive!! an honor!!!!!” she wrote on Twitter when PEOPLE announced the news in 2019. “I cannot WAIT for people to get mad about John being the sexiest man alive. it’s my new Starbucks holiday cup,” the cookbook author wrote in a subsequent tweet.

my secret is out. I have fulfilled my dream of having boned @people's sexiest man alive!! an honor!!!!! pic.twitter.com/xu7ygnhOZk

We’re not sure how Teigen will feel when Legend has to relinquish his status, but we’ll report back once we know the new titleholder.