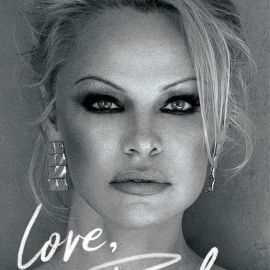 Melania Trump has been happy to play the first lady game by her own rules, making only passing nods to the conduct of predecessors like First Lady Michelle Obama (though notably more than nods in some of her speeches). And new tell-all Melania and Me: The Rise and Fall of My Friendship with the First Lady, written by longtime friend and former advisor Stephanie Winston Wolkoff, confirms that Melania has had the intention of being a first lady like no other from the start, beginning with the official title she wanted to be known by after husband Donald Trump won the presidential election. (No, it wasn’t Ivanka Trump’s inexplicable “The Honorable.”) As Wolkoff planned the Trump inauguration, Melania repeatedly requested to be listed as “First Lady-Elect Melania Trump,” despite Wolkoff (and others) explaining that she herself hadn’t in fact been elected.

Wolkoff says this issue first came up while she was designing the programs for the inauguration, a relatively innocuous task on a project that was otherwise beginning to consume her life. Melania first asked to be called First Lady, but former Vogue staffer Wolkoff reminded her that wouldn’t be her title until the swearing-in was complete.

“We can’t do that because you weren’t elected,” Wolkoff replied. Melania’s reply? “That’s what I want.”

The author says the program issue was “one of the only times she didn’t get her way,” as “First Lady-Elect” did not appear on the inauguration program. But Melania held on to the idea, and next tried to sign off a Christmas letter in 2016 using the title.

“It was signed, ‘First Lady Elect, Mrs. Melania Trump,'” Wolkoff recalls. “I texted, ‘Honey, I love you, but you were not elected.'”

“‘Protocol office says it’s fine!'” Melania texted back, and though Wolkoff couldn’t find a single instance of another first lady using the moniker, it’s unclear if she fought FLOTUS further.

This is how many of Wolkoff and Melania’s stand-offs end in the book, by the way. Mrs. Trump, like her husband, has a knack for leaving opponents too tired to argue further, if not entirely convinced. Honestly, per Wolkoff’s recollection, it sounds like Melania and Donald may have much more in common than we thought.