Adele may not have released music in a good five years, but for better or worse, she’s had no trouble staying in the spotlight. Every time the singer posts a new Instagram photo, it seems an internet-wide frenzy descends in the hours that follow — first, for the dramatic weight loss visible in a birthday pic from earlier this summer, and now for a Jamaican bikini pic in which the UK star is sporting Bantu knots, a traditional African hairstyle. Many are calling Adele out for cultural appropriation for the look she’s flaunting in the photo, which she writes is in honor of the Caribbean culture celebration Notting Hill Carnival that occurs every year, but was cancelled in 2020 due to Covid-19. While some feel strongly that white women like Adele have no business wearing this hairstyle, others (and notably, some Jamaicans) insist the singer was showing appreciation rather than co-opting their culture. I’m sure this isn’t exactly what Adele wants to be in the news for — but I have to say, there’s a tiny bit of me that’s happy that at least we’re not talking about her BMI.

Related story The Most Dramatic Celebrity Transformations of the Past Decade

The singer captioned the photo, in which she’s wearing grey tie-dye leggings and the string bikini top, plus a chunky gold choker and bright yellow feather wings: “Happy what would be Notting Hill Carnival my beloved London.” The singer has taken her long blonde hair and coiled it into small buns secured to her head — and it didn’t take long for social media to flag this decidedly non-Caucasian style.

Happy what would be Notting Hill Carnival my beloved London 🇬🇧🇯🇲

“If 2020 couldn’t get anymore bizarre, Adele is giving us Bantu knots and cultural appropriation that nobody asked for,” one tweet reads. “This officially marks all of the top white women in pop as problematic. Hate to see it.”

If 2020 couldn't get anymore bizarre, Adele is giving us Bantu knots and cultural appropriation that nobody asked for.

This officially marks all of the top white women in pop as problematic.

Hate to see it. pic.twitter.com/N9CqPqh7GX

adele sweetie…. you could’ve gone without the bantu knots pic.twitter.com/bwRt43xd08

For some, the message was simple: Adele had plenty of hairstyles to choose from, and choosing to wear Bantu knots follows a long, harmful tradition of white people trying on aspects of Black culture as it suits them without suffering any of the negative consequences. But for others, the issue of cultural appropriation strikes them as a uniquely American concern, and they believe Adele is showing genuine appreciation for Jamaican culture.

Poppycock! This humbug totally misses the spirit of Notting Hill Carnival and the tradition of “ dress up” or “ masquerade” Adele was born and raised in Tottenham she gets it more than most. Thank you Adele. Forget the Haters. https://t.co/sabpPPRtID

It’s clear Adele feels passionately about Jamaican culture — it’s just a question of whether this was the best way to demonstrate that. We can think of a really good way to address this controversy though…and it involves a surprise quarantine album release. Please, Adele?!

In the meantime, we’ll be re-playing 25.

Before you go, click here to see all our favorite Taurus celebrities. 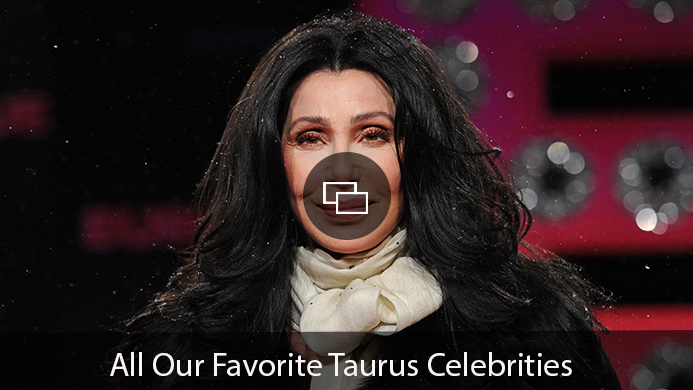