Let’s be real — many of us have reached that age where tuning into the MTV Video Music Awards is one great big guessing game. Who is that? What are they singing? Is Taylor Swift coming? The proverbial MTV torch has been passed to the newer generations, meaning you might feel a little out of the loop.

But while you may not immediately recognize the 2020 MTV VMAs performers and nominees, they’ll likely sound familiar since you may very well be raising a member of the circa-2020-MTV-VMAs target demo. And there are certain things your kid (or kids) are going to assume you’re clueless about coming into tonight’s show. So, time to do your homework!

Before we dive into what you should know about this year’s nominees and performers, let’s start with the show itself. Due to the ongoing novel coronavirus crisis, MTV created a new format in keeping with social distancing guidelines. Instead of being held inside the Barclay’s Center this year, the show will feature a series of outdoor showcases throughout New York City’s five boroughs — all with limited or no audience.

Now that you know the nuts and bolts of it, let’s earn you some cool mom cred with your kids by bringing you up-to-speed on the most hyped aspects of the 2020 MTV VMAs.

Over the years, the list of celebrities who’ve hosted the VMAs has proven to be pretty eclectic — Eddie Murphy, Christian Slater, Dana Carvey, Jamie Foxx, Roseanne Barr… you get the picture. This year, the network tapped 27-year-old Keke Palmer, who feels like a fresh and relevant pick. Kids love her for her viral videos (she slays TikTok) and social activism. You’ll love her because she brings talent (she acts and sings) and tons of personality to the stage.

Doja Cat is up for Best New Artist

🏆 | The #VMAs  are TONIGHT at 8pm EST — here’s a reminder of @DojaCat’s nominations:

Not only is Doja Cat up for Best New Artist, she’ll probably win it. This may leave you wondering, ‘But, like, who is she?’ Don’t feel bad! There are plenty of us who had no idea who this was, and it’s because we’re apparently old AF. J/k, j/k… sort of. Really, it just goes to show how social media is such a defining influence today. Doja Cat — whose real name is Amala Ratna Zandile Dlamini — first went viral for uploading a self-produced music video titled “Mooo!” on YouTube. Today, she’s known for her dance challenges on TikTok. And this year, she’ll probably snag the Best New Artist Moon Man, spurred on by the success of her 2019 mega-hit “Say So.” She’s also up for Song of the Year and Best Direction, and will be performing.

The at-home Stan Cam will be lit

We’re SO excited for the #VMAs to start, 🎉 what do you want to see tonight on #VMAStanCam? 📺

Sure, the show is the big deal. Having said that, kids will more than likely be tweeting the shit out of the Stan Cam coverage. This interactive co-viewing experience lets viewers watch their favorite celebs watch the show. It’s all very meta. Fans basically control the Stan Cam by answering polls in real-time about what they want to see.

BTS is debuting their new single

If this Korean pop band sensation isn’t already on your radar, they should be. A global phenomenon, they’re performing their brand-new (just released Aug. 21) track “Dynamite” on TV for the very first time. And, TBH, the song is super-catchy and will totally help you understand all the hype.

Ariana Grande & Lady Gaga are in the lead

I’m still glowing from all of the love for “Rain On Me” from the #VMAs! 🥰 So @arianagrande and I wanted to share some of the fun we had making the video 👯‍♀️⛈ Here’s #GagaVision Episode 48! https://t.co/MhVzRqDiki pic.twitter.com/4bzPKIhwSy

Yay, people you probably know! Ariana Grande and Lady Gaga landed at the top of this year’s most-nominated list with an impressive nine nods each. Right behind them are Billie Eilish and The Weeknd, both with six. The winners are determined by votes from fans, so we’ll have to wait and see who ultimately takes home top honors. Bonus? Gaga and Grande will be joining forces for the world premiere performance of their nominated song “Rain on Me.”

The Kissing Booth queen will be on the scene

ICYMI, The Kissing Booth and The Kissing Booth 2 were huge hits on Netflix, and they both starred Joey King. The 21-year-old (who also starred in Hulu’s The Act) has a cult following, so it makes sense that she’s one of the presenters everyone is talking about. She even gave fans a little extra intel to rave over by giving a sneak peek at her head-to-toe neon floral VMAs look.

CNCO’s mainstage debut is going down

Add CNCO to your list of international boy bands all the kids are stanning these days. On Friday, this Latin boy band — composed of Joel Pimentel, Richard Camacho, Erick Brian Colón, Christopher Vélez, and Zabdiel De Jesús — dropped their latest single, “Beso.” They’ll debut it at the VMAs, where they’re also nominated in three categories. Listen now so you can at least convincingly mumble along when they take the stage.

Here’s your super-quick rundown on this rapper. In April of last year, he released what would quickly become his breakout hit, “Suge.” Then came “Bop,” which is up for two awards this year. His infectious collab with Camila Cabello, “My Oh My,” is up for Best Cinematography. He’s also in the running for Artist of the Year. And while it doesn’t stand to earn him any Moon Men, “Rockstar,” his collab with Roddy Ricch has been one of TikTok’s most prolific songs of 2020.

Maluma is more than just a cool name

Cause of death: MALUMA FOR CALVIN KLEIN pic.twitter.com/xN1o89203G

We don’t care what your age is; if you take one look at Maluma, you can probably see at least part of his massive appeal. The Latin performer first went viral for a steamy Calvin Klein campaign that earned him a reputation as a total #ThirstTrap. On the real, though, he’s super-talented. He’ll appear alongside Jennifer Lopez in next year’s romcom Marry Me. He’s worked with the likes of Madonna, Shakira and Ricky Martin. His YouTube documentary Lo Que Era, Lo Que Soy, Lo Que Sere has more than 10 million views to date. At Sunday’s VMAs, he may further solidify the internet’s obsession with him if his “Qué Pena” featuring J Balvin wins Best Latin Video.

Before you go, click here to see which celebs have shown off their baby bump on the red carpet this year. 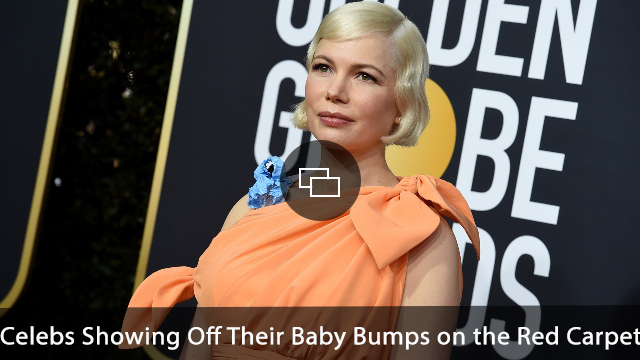