Melania Trump has been notoriously tight-lipped about, well, everything — but a shocking new tell-all about the First Lady might reveal more than she ever intended. Stephanie Winston Wolkoff, a longtime friend of Melania’s, has written an account of her transformation in office and how she really feels about the Trump family. Melania and Me: The Rise and Fall of My Friendship with the First Lady doesn’t come out until September 1, but one of the book’s juiciest details has already been confirmed: the transcript of a secret tape in which Melania is bashing Donald and Ivanka to her friend Wolkoff.

Related story All the Best & Most Shocking Celebrity Memoirs You Can Read Right Now
Pre-Order 'Melania and Me' $25.49 on Amazon.com Buy now Sign Up
Pre-Order 'Melania and Me' $25.76 Buy now Sign Up
Journalist Yashar Ali was able to confirm that Wolkoff includes Melania’s reported comments in Melania and Me, and that Wolkoff was the one to tape the first lady in the act while making “disparaging remarks.” Though it’s unclear what exactly was said, this is the second time in recent memory that secret Trump tapes are coming forward — the first being after Mary Trump’s tell-all release, when she released recordings of the family to back up statements that were questioned.
Buy These Other Trump Take-Down Books

'Too Much and Never Enough: How My Family Created the World's Most Dangerous Man' $16.80 Buy now

'What Were We Thinking: A Brief Intellectual History of the Trump Era' $25.20 Buy now

BREAKING: @MelaniaTrump's former advisor Stephanie Wolkoff, who helped the Trumps use the inauguration to grift, says she has Melania on tape bashing Trump and his adult children.

"I have never heard Mrs. Trump say anything disparaging about the family," Stephanie Grisham says on MSNBC after @yashar reported that her former aide, who is writing a tell-all book, recorded her doing so.

Wolkoff may not be a Trump, but she’s no stranger to the wealthy circles they run in, as a nine-time producer of the Met Gala and former director of special events at Vogue. She ultimately became Melania’s brief advisor, but was let go in what Wolkoff describes as a betrayal — which we imagine precipitated her decision to write this book.Melania has always been a mysterious figure; in some ways, the opposite of her husband. If this book contains an unfiltered look at what Melania really thinks of her family, sign us up.

Click here to see the most shocking celebrity tell-alls ever, ranked. 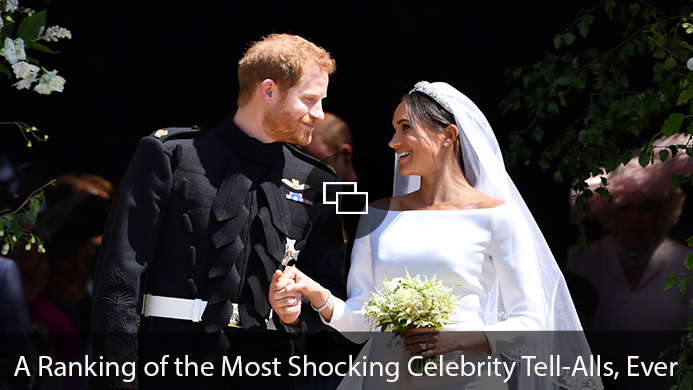