Happy birthday, Zuma! Gwen Stefani and ex Gavin Rossdale’s middle son Zuma Nesta Rock turns 12 today, bringing him right to the brink of teendom. And while Stefani and Rossdale have two other sons — big bro Kingston Rossdale, 14, and little bro Apollo Bowie Flynn, 6 — we’ve gotta admit we have a soft spot for Zuma. Maybe it’s because he’s the middle child (which, same). Or maybe it’s because his smile always puts one on our faces. Regardless, we wanted to get to know Zuma better.

Related story These Famous Exes Will Always Be Friends

So, we decided to do a little digging. Did you know that Zuma is born under the zodiac sign Leo? How about the fact that he actually collaborated with his mom on a super-trendy eyeglass line? Thanks to his famous parents, he isn’t exactly your average tween. It’s more than just his mom, dad, and almost stepdad Blake Shelton that make Zuma special, though — already, it’s clear he’s a kid with real character. Not to mention, he’s totally adorable!

Fans have gotten to take part in Zuma’s journey from birth to now-12-year-old because he was born at the height of Stefani and Rossdale’s marriage-made-in-rock-heaven. And there’s something about being born into the public eye that gives celebrity kids an intriguing mix of maturity and mischief. Zuma seems to have an extra dose of both.

In celebration of his special day, join us in taking a look at these fun facts about Gwen Stefani’s son.

It’s no wonder Zuma is so charismatic — he entered the world on Aug. 21, 2008, meaning his zodiac sign is a Leo. And Lions are the life of the party! They’re known for being exuberant, self-confident and, most of all, fun.

His name is very SoCal rockstar

Stefani and then-husband Gavin Rossdale chose the name Zuma Nesta Rock for their middle child. So, where’d they get such a unique moniker? Thus far, neither parent has shared the meaning. However, Linda Rosenkrantz — co-author of The Baby Name Bible: The Ultimate Guide By America’s Baby-Naming Experts — feels confident Stefani and Rossdale were inspired by Zuma Beach in Malibu, California. A popular surf spot, it’s a very SoCal hangout. Nesta is Welsh for “pure,” and Rock, well, just look at Zuma’s mom and dad!

Bravery is one of his strengths

Over a span of mere weeks in the summer of 2020, Zuma managed to break both of his arms. In a vlog segment, Rossdale revealed his middle son “had an accident” on his bike that ended with a broken left arm. “He really beat himself up,” Rossdale said, adding, “Which is bad enough except that two weeks ago… he fell off a chair and broke his right arm.”

Obviously, no parent would wish this on any child. But Rossdale says that, in a way, he’s glad it was Zuma. “I’d be terrified if any of the other kids had to go through what he went through, ‘cause he’s by far the toughest,” the proud dad said.

He’s got his dad’s smile

In March 2019, Rossdale shared a throwback photo of him smiling off into the distance — and, at first glance, it could almost be mistaken for Zuma. This kid definitely inherited his dad’s million-dollar grin.

But he favors his mom, too

Having said that, looking at this picture of Stefani makes it readily apparent he takes after his famous mom, too. Basically, he’s one of those rare kids who is a perfectly equal mix of his (gorgeous) parents.

#Repost @turainc ・・・ Inspired by Gwen’s son Zuma, this collection combines fashionable shapes with playful nods to sport. Don’t forget to tune in Sunday 11/10 to see Gwen at The People’s Choice Awards honored as the Fashion Icon of 2019! The ceremony will be broadcasted live 9pm ET on @eentertainment. Frames featured: ZR001 NAV on Zuma, GX053 TOR on Gwen #loveuzuma!! #glasses Gx

When the family found out Zuma needed glasses, Stefani said she was initially worried about how that would affect him socially. But before long, other kids who didn’t even need glasses wanted a pair just to be like Zuma. And while he isn’t a fashion-hound in general, Stefani told People, he’s particular about his glass. So, they created a collection of stylish eyewear for tween and teen boys. “When you find a style you get compliments about, it makes you feel so good,” Stefani explained of the lenses. “That’s why we wanted to do this line.”

Stefani and Shelton have been dating for nearly five years, meaning he came into Zuma’s life when the tween was only six years old. You’d expect them to have become close by now, right? And they truly have. There’s plenty of photographic evidence of the pair’s bond.

“That’s a scary moment for me because it’s one thing for me to be with the kids all the time and be their buddy, but you do have to consider after a while that they start to listen to things that you say and there’s a responsibility that comes with that,” he told Today’s Carson Daly and Hoda Kotb in July of being so involved in the boys’ lives.

He’s quite the little artist

Upon closer inspection of this photo, we’re not entirely sure what is happening in it. But Zuma looks proud of the artwork, and we’ve gotta admit the rendering is quite good for a boy his age — no matter how much it makes us scratch our heads.

Knowing who his parents are, you wouldn’t expect anything less than stellar musical taste from Zuma. He’s already living up to that reputation too, being photographed with Post Malone on two different occasions. Don’t you wish we could get a peek at his favorite playlist?

He’s a music mentor in the making

Zuma often accompanies his mom on set when The Voice is filming, flashing that trademark toothy grin for the camera. Given we already know he has a pretty fantastic musical ear, it’s not a stretch to think that Stefani might let him weigh in with thoughts on her contestants and their musical choices. Either way, it’s obvious he’s her biggest fan. 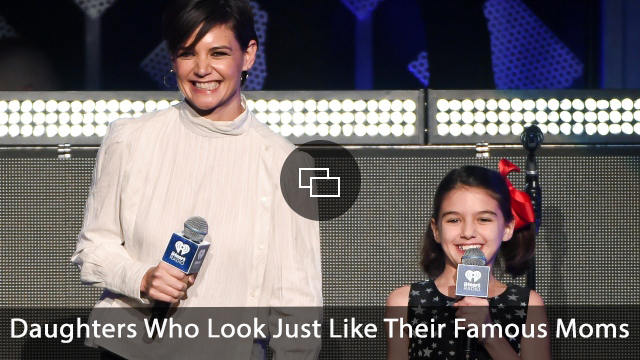