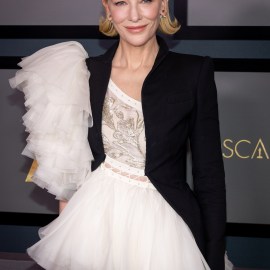 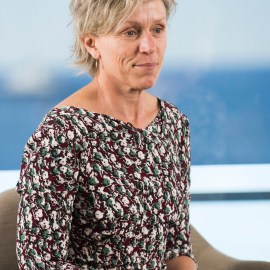 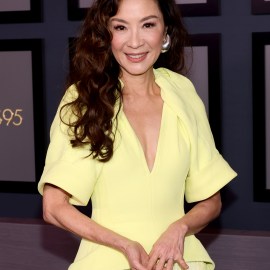 Halle Berry has been absolutely thriving, y’all. On August 14, this award-winning actress gave us all a glimpse at what 54 looks like, and let’s just say the Bond girl’s head-turning days are nowhere near over. And as it turns out, her secret boyfriend days aren’t over either. The star has been teasing her fans with a tiny glimpse here and there of a new man in her life, though she hasn’t publicly been linked with anyone since her December 2017 split from Alex Da Kid. It’s hardly shocking news that this woman, whose very presence transforms a beach day into a Victoria’s Secret photoshoot, has locked down yet another eager male suitor, we are dying for more details on who the lucky man is and how long they’ve been an item. Luckily, Berry’s new photo of her mystery man’s feet actually reveals more major details about their relationship (and the comments do too). Let’s discuss.

Berry posted a photo this weekend thanking fans for the birthday wishes and showing her feet entwined with another set of feet, sun shining through a thin curtain. “Waking up Vegas! ☀️ Thank you for all the beautiful birthday wishes from my friends and my very supportive and loyal fans! You ALL helped to make my birthday extra special ♥️,” the star wrote.

While the photo on its own isn’t all that revealing, it comes roughly a month after a very similar post from Berry: two pairs of feet, and the simple caption “sunday, funday.”

Unless Berry is setting out on an ambitious summer-long foot portraiture project, I think it’s safe to say this is the same man — which means the actress has been with her new boo for at least a month, and likely much longer. Feet or no, this man is now Instagram-official, and I’d bet Berry’s not putting every man she sees for a few weeks on the grid.

Absent more concrete information, despite her begging fans, we’re happy to engage in well-informed speculation and present you with this theory: Halle Berry is dating Lenny Kravitz. Our evidence? Slim, but hear us out. On Berry’s famous string bikini video, Kravitz commented: “Miss Berry, Miss Berry, Miss Berry!,” and we weren’t alone in thinking that we hope the admiration is mutual.

On today’s photo, we got one more inkling that these two might be connected — Jason Momoa, AKA stepdad to Lenny Kravitz’s daughter Zoë, left Berry a note wishing her a happy birthday. Momoa and Kravitz get along famously well, recently posing with the Aquaman star for an epic birthday photo. Could it be that Berry and Momoa are in closer contact now that she’s around because of Kravitz?

It may just be wishful thinking, but one thing’s for sure: Berry is dating someone new, and we’re dying to know who’s been able to hold her attention.

Click here to see all the celebrity couples who got engaged in 2020.