During these uncertain times, no one wants to learn they have the novel coronavirus — but as a parent, it’s even worse when you get the news your child has contracted Covid-19. As country superstar Garth Brooks revealed on Wednesday afternoon, this is the nightmare he’s been living the last few weeks since his youngest daughter Allie, 24, tested positive for the highly infectious (and, in some cases, deadly) illness.

Brooks opened up about the family’s brush with the virus during a press conference on Wednesday, noting that he and wife Trisha Yearwood hadn’t been around Allie recently. “Her husband works with us every day,” Brooks explained, adding, “That was the possible scare. So, everybody went and got tested, and everybody tested negative, so we were back up and running pretty quick.”

As for Allie, she’s doing much better, aside from a sore throat. “She quarantined for another 14 days after her time as well, so she’s feeling great,” Brooks shared. However, he readily admits that this experience has been fraught with worry. “Truth is, as a parent, nobody knows what Covid is going to do in the future,” he said. “You just watch over them, you pray a lot and, hopefully, she’ll come out of this thing with just [a sore throat]. That would be wonderful.”

For other parents facing similarly scary diagnoses within their own families, Brooks has two main suggestions for getting through it: “Pray your knee bones off,” and “follow the guidelines.”

After all, it’s not as though people can replicate exactly what he credits with his family’s continued health. “If you know Trisha Yearwood, she’s very — she’s in control,” he joked. “And she has been very spot on these six months, and she’s led our family through it.” He also confessed that the past few months have “been the most we’ve gone through as a couple” but “what’s on the other side is so great, especially when you are with the right one.”

Everyone certainly seems to be faring well, considering their recent bout with Covid-19.

Brooks just announced that he’s taking himself out of consideration for all future CMA Entertainer of the Year awards (he wants to make sure new talent has a fair opportunity to win the prestigious award). He and Yearwood have been performing live shows out of their home during the quarantine. And Allie, who performs professionally as Allie Colleen, has a new song coming out this Friday.

Before you go, click here to swoon over country music’s sweetest couples. 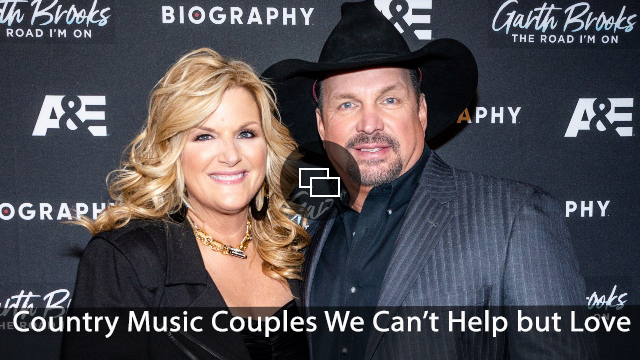