At long last, we can put this argument to rest! While there’s no denying Blue Ivy Carter does favor her dad, Jay-Z, her latest cameo leaves no doubt that the 8-year-old is growing up to become Beyoncé’s lookalike. This ultimate confirmation of genetic mimicry comes courtesy of the new trailer for Beyoncé’s long-awaited special, Black Is King, which drops on Disney+ Thursday night.

It should come as no surprise to anyone that Black Is King looks to be a show-stopping visual and auditory production, judging by the trailer. And, as is often the case with Bey’s productions, it features some seriously impressive cameos — including Lupita Nyong’o and Bey’s best friend Kelly Rowland. But the cameo we can’t get over is Blue Ivy. In the clip, the little girl can be seen wearing a sophisticated white off-the-shoulder dress with a string of large pearls around her neck and more dotting her elegant updo. Her cute smirk basically screams mini-Bey.

Of course, this isn’t Blue Ivy’s first time appearing in one of her mom’s work. She generated a ton of buzz when she popped up in the “Spirit” music video. But she’s grown up a lot in the last year, looking more and more like Bey’s doppelganger.

Beyoncé appeared on Good Morning America Thursday morning to promote the new production, gushing that she’s “so excited” fans finally get to watch.

“It’s been a year in the making,” she explained. “I worked with a diverse group of very gifted directors and actors and creators from all over the world to breathe magic to the story of the Lion King. The narrative unfolds through music videos, fashion, dance, beautiful natural settings and raw new talent. But it all started in my backyard. So, from my house to Johannesburg to Ghana to London to Belgium to the Grand Canyon — it was truly a journey to bring this film to life.”

It’s clearly a meaningful project for Beyoncé, who has big dreams for Black Is King. “My hope for this film is that it shifts the global perception of the word ‘black,’ which has always meant inspiration and love and strength and beauty to me,” she told GMA. “But ‘black is king’ means black is regal and rich in history, in purpose and in language. I hope y’all love it. I hope you enjoy it. And I hope y’all see it tonight.”

Before you go, click here to revisit some of Blue Ivy’s cutest family moments. 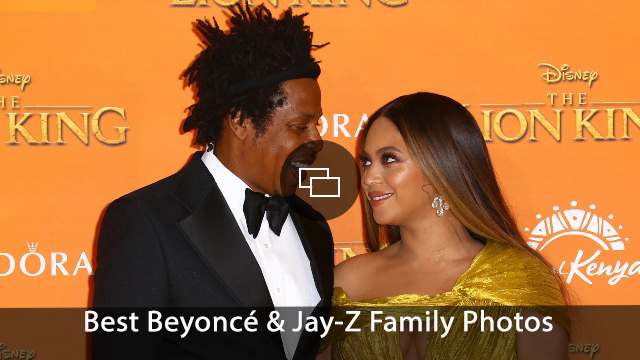